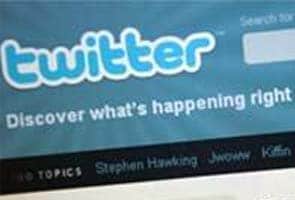 "Twitter has agreed to block the six fake PM accounts. They responded to our complaint saying we need to follow an internal channel to lodge a formal complaint in the matter," the Prime Minister's communications adviser, Pankaj Pachauri, told IANS.

"We have forwarded their communication to the ministry of communications and IT for necessary action," Mr Pachauri said.

"We had earlier complained through email to the six fake twitter accounts individually," he said.

According to Mr Pachauri, a person behind one of the accounts PM0India wrote back saying he had changed the name of his twitter account to thehinduexpress, which proved that some people were up to some mischief on the social networking site.

The official said the fact that the government got just six accounts out of 16 million blocked for misrepresenting the Prime Minister shows New Delhi did not favour a blanket ban on Twitter.

Officials said the source of these fake accounts could be outside the country.

Opening the prime minister's twitter account was Mr Pachauri's brainchild to reach out to the community through new media after he joined the PMO early this year.

Promoted
Listen to the latest songs, only on JioSaavn.com
Over the past few days, the government has also blocked around 300 web sites which it blamed for spreading rumours that sparked an exodus of people from the northeast from Bangalore and Chennai.