Karan Oberoi's lawyer said they would take the matter to the high court after the plea was rejected by Dindoshi sessions court. 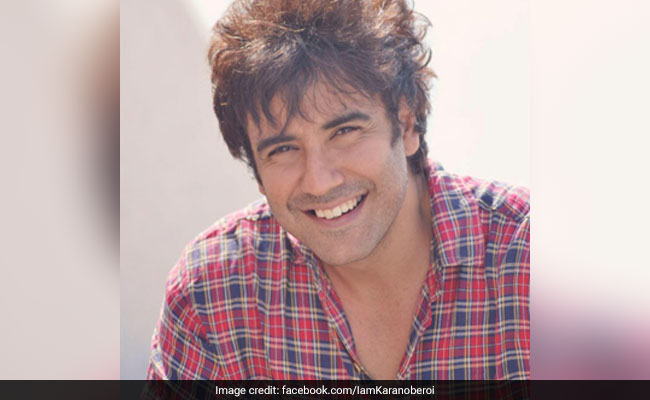 Karan Oberoi was sent to 14 days of judicial custody on May 9 by an Andheri court. (File)

A Mumbai court on Friday turned down the bail application of Television actor and singer Karan Oberoi, who was arrested earlier this month on charges of raping and blackmailing a woman.

Mr Oberoi's lawyer Dinesh Tiwari said they would take the matter to the high court after the plea was rejected by Dindoshi sessions court.

"The bail application of my client has been rejected. We will take the matter to the high court as we are not happy with the order," Mr Tiwari said.

He was arrested on May 6 after the woman, an astrologer, registered a complaint with the police on Sunday accusing him of rape and blackmail on the pretext of marriage.

"He took extortion money on the pretext of marrying her. As per the Supreme Court's (recent) judgment, if any person makes false promises and has any physical contact with her, it amounts to rape. Based on this, his bail plea was rejected," the woman's advocate, Ali Kaashif Khan, said.

Mr Oberoi was sent to 14 days of judicial custody on May 9 by an Andheri court.

An FIR was registered at the Oshiwara Police Station in Mumbai under sections 376 (rape) and 384 (extortion) of the Indian Penal Code against Oberoi.

"Oberoi not only raped the woman and filmed the act but also demanded money from the victim threatening to release the video if she did not pay up," the police said, quoting the FIR.

Karan Oberoi has been a singer and actor since over 25 years now and has acted in several television serials including "Swabhimaan", "Jassi Jaisi Koi Nahin" and "Saaya". He was one of the vocalists of "A Band of Boys".