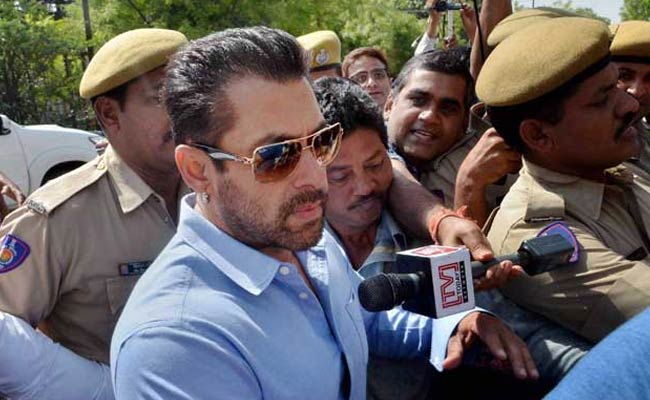 Earlier in May, Salman Khan was convicted by the sessions court for running his car over on people sleeping outside a shop in suburban Bandra on September 28, 2002, killing one and injuring four.

Mumbai, Maharashtra: Bollywood superstar Salman Khan's lawyer today argued before the Bombay High Court that one crucial eye-witness produced by the prosecution in the 2002 hit-and-run case has implicated the actor falsely with a tutored testimony.

Earlier in May, Mr Khan was convicted by the sessions court for running his car over on people sleeping outside a shop in suburban Bandra on September 28, 2002, killing one and injuring four. He was sentenced to five years in jail for, among other charges, culpable homicide not amounting to murder.

The actor, who is currently on bail, has filed an appeal in the High Court.

Mr Khan's lawyer, Amit Desai claimed that that Muslim Shaikh, who was among the injured and a key eyewitness, told the magistrate in 2006 during the first trial that he had not seen anyone getting down from the car after the accident. But Mr Shaikh told the sessions court during the fresh trial in 2014 that he saw the actor getting down from the car.

The case was heard afresh by the sessions court after the testimony, the charge against Mr Khan was also upgraded to culpable homicide not amounting to murder.

Alleging that the witness was tutored by the prosecution, Mr Khan's lawyer referred to the singer Kamaal Khan, who was in the car with the actor at the time and was never examined. Mr Desai said "why do you need to tutor a witness when there are eyewitnesses who are alive and available and not examined... A key question still remains to be answered...who was driving the car."

Justice AR Joshi then asked the defence lawyer and prosecutor, SS Shinde to prepare a list of witnesses in a tabular form with their respective statements, posting the next hearing to August 25.