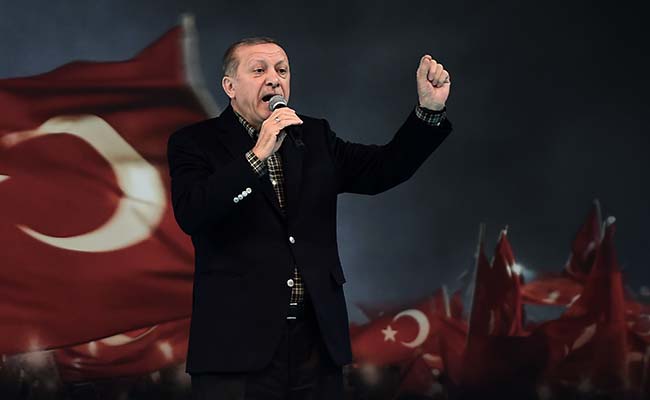 New Delhi: Fresh after winning a controversial referendum that gives him sweeping powers, Turkish President Recep Tayyip Erdogan arrived in India today. On a two-day visit to the country, President Erdogan was received by his Indian counterpart Pranab Mukherjee at the Rashtrapati Bhavan. The two will discuss ways to improve bilateral economic and trade ties. His meeting with Prime Minister Narendra Modi is expected to be crucial in view of the crisis in Syria and support for India's membership in the Nuclear Suppliers Group.

Here are the 10 highlights from Preisdent Erdogan itinerary: