"Shah Rukh's character comes in and he is like a magician and gives Laxman all the power," said Salman Khan 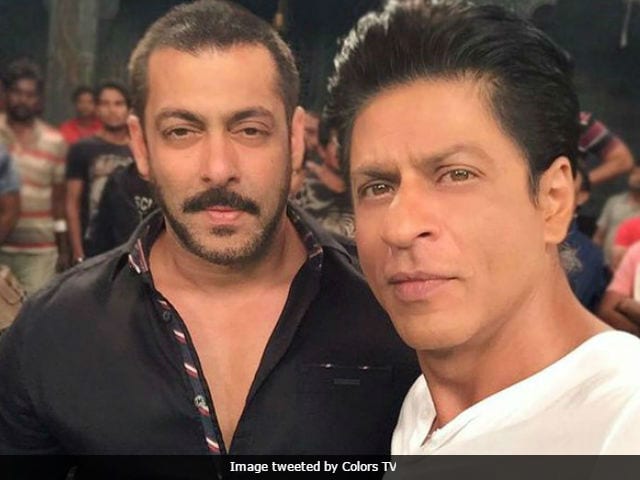 New Delhi: Everyone is eagerly awaiting the release of Salman Khan's Tubelight, which is set against the backdrop of 1962 Sino-Indian war. In a recent interview with UC News, Salman Khan revealed some interesting details of Shah Rukh Khan's cameo appearance in the film. The 51-year-old actor said that SRK, whose character name is Goga Pasha in the film, appears is like a 'magician' and gives Laxman (Salman Khan) all the 'power.' "This is a very important part, where Laxman starts getting the belief back and that is where Shah Rukh's character comes in and he is like a magician and gives Laxman all the power. This is what the whole character is and then from there his (Laxman) belief, and his self- confidence reaches another level," UC News quoted Salman Khan as saying.

Salman Khan and Shah Rukh Khan will be reuniting onscreen after a gap of 15 years. They last co-starred in 2002 movie Hum Tumhare Hai Sanam. Salman and SRK also worked together in films like Kuch Kuch Hota Hai and Karan Arjun.

At a film's promotional event, Salman said that it took just a phone call to persuade Shah Rukh Khan to make a special appearance in Tubelight.

"When Kabir (director Kabir Khan) narrated the subject to me, he said, 'For this role we should get Shah Rukh'. So, when I called him and I told him that there is a small role in Tubelight which I would like you to do it, before completing my sentence, Shah Rukh said, 'I will do it'. That's how he made his entry into the movie," news agency IANS quoted Salman Khan as saying.

Promoted
Listen to the latest songs, only on JioSaavn.com
Tubelight marks Salman Khan's third collaboration with filmmaker Kabir Khan. The duo has previously worked together in Ek Tha Tiger and Bajrangi Bhaijaan.