Tubelight: Bro Things Salman Khan And Sohail Do In The Film

Salman Khan's Tubelight releases on June 23. Till then, the actor has kept fans hooked by posting some behind-the-scenes pictures of himself and Sohail Khan from the film 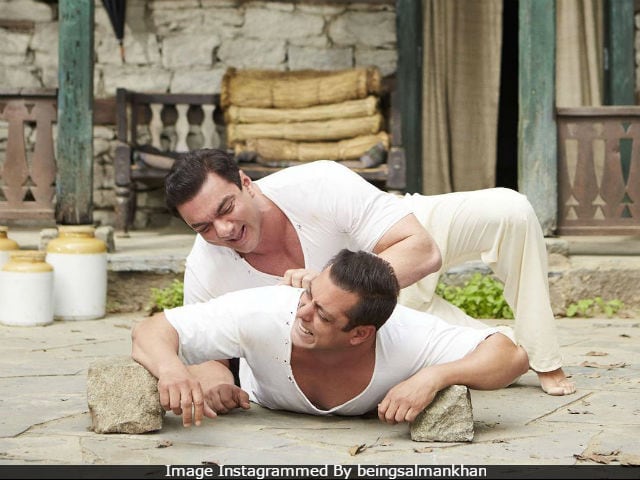 Salman Khan and Sohail on the sets of Tubelight (Image courtesy: beingsalmankhan)

New Delhi: Salman Khan is prepping for the release of his much-awaited film Tubelight this Friday. Meanwhile, much to everyone's delight, the actor is keeping fans updated on social media by posting some behind-the-scenes pictures of himself and bhai Sohail Khan from the film. In Tubelight, Salman features as Laxman and Sohail plays his younger brother Bharat, an army officer. "Bhaigiri, Salman captioned one of his posts with Sohail. Child artist Matin Rey Tangu and Chinese actress Zhu Zhu are Salman other co-stars in Tubelight. The film, directed by Kabir Khan, also stars late actor Om Puri. Tubelight will release in just 3 days from now (June 23). Till then, have a look at the bro things Salman and Sohail do in Tubelight.

Thank you, Salman for sharing these pictures.

"The character in the film took me back to my school days. Sohail and I used to recollect so many memories of our childhood," Salman earlier told news agency IANS. A few days back, a song dedicated to both the brothers in the film was released.

Here's Nach Meri Jaan, of Salman and his bhai.


On Monday, Salman Khan at an event related to the film, introduced Matin to the media.

Here are some pictures from the event. Salman Khan and Matin Rey Tangu at an event in Mumbai 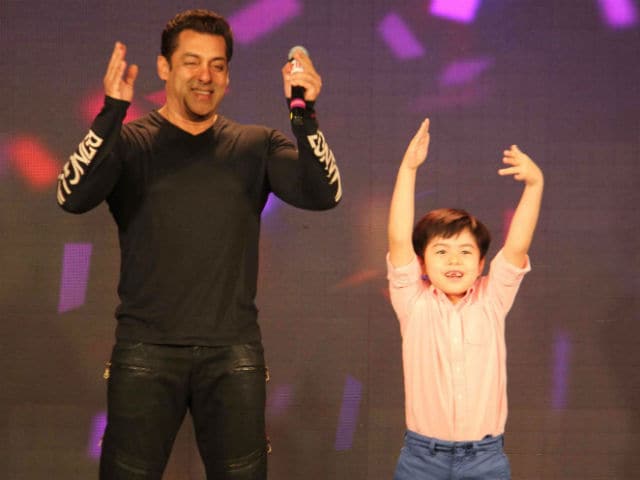 Salman Khan and Matin Rey Tangu at an event in Mumbai

Some more from the film's set.

Tubelight features Shah Rukh Khan in a cameo appearance. SRK's casting was confirmed earlier this year after his pictures from the sets of the film were shared on social media. Salman and SRK, both 51, are co-stars of films like Karan Arjun and Hum Tumhare Hain Sanam. Salman had a cameo role in SRK's Kuch Kuch Hota Hai. Of SRK's role, Salman told IANS, "When Kabir Khan narrated the subject to me, he said, 'For this role we should get Shah Rukh'. So, when I called him and I told him that there is a small role in Tubelight which I would like you to do it, before completing my sentence, Shah Rukh said, 'I will do it'."

Promoted
Listen to the latest songs, only on JioSaavn.com
Tubelight is Salman Khan's third film with Kabir Khan. They previously collaborated for Ek Tha Tiger and Bajrangi Bhaijaan.