'Trying To Take Railways Out Of ICU': Suresh Prabhu 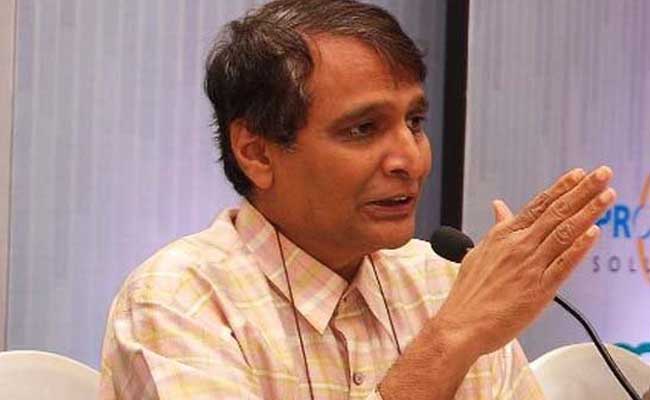 On hiking passenger fares, Suresh Prabhu said the regulatory authority will decide on it (File photo)

New Delhi: Railway Minister Suresh Prabhu today said efforts are on to take the Railways "out of the ICU" and create a situation where it can breathe well.

"The Railways was in deep trouble not now but in the last 20-30 years. That is what the Rakesh Mohan committee report had said. So now we are trying to create a situation where the railways will be able to breathe well," he told PTI.

Asked whether the national transporter is still in the ICU, he said, "We are trying to take it out of the ICU."

To a question about the railways' strategy since loadings are falling, the minister said a capacity to handle 1.2 billion tons of cargo will be created in the coming years.

"Freight (traffic) falling is not in our hands, it depends on the growth of the core sector. When core sector grows freight will also grow. But we are ready to handle 1.2 billion tons of cargo. In the railways' history for the first time, we have created such a handling capacity ahead of its demand. So now cargo has to come," he said.

Asked whether the railways is considering hiking passenger fare since the freight is not picking up and passengers growth rate is also not high, Mr Prabhu said the regulatory authority will decide on it.

"We are setting up a regulatory framework for fare decision. The regulator will decide what should be the fare," he said.

On certain trains being introduced recently with increased fare, he hinted at a possible separate fare structure for the new services. "We are starting four new products -- Humsafar, Tejas, Antodaya and Uday. All these products will look at how to increase market share of the railways," the minister said.

While the fare of recently launched Gatimaan Express is 25 per cent higher than Shatabdi, Mahamana Express was started with 15 per cent more than the regular train fare.

According to Rail Budget proposals, Humsafar would be fully air-conditioned third AC service with an optional service for meals. Tejas, on the other hand, will showcase the future of train travel in India with operating speeds of 130 kmph and have on-board services such as entertainment, local cuisine, Wi-Fi.

The railways also propose introduction of overnight Utkrisht Double-decker Air-conditioned Yatri (UDAY) Express on the busiest routes, which has the potential to increase carrying capacity by almost 40 per cent.

There is also a proposal for the introduction of Antyodaya Express, a long-distance, fully unreserved, super-fast train service, for the common man to be operated on dense routes.