Trupti Desai, president of Bhumata Ranragini Brigade, has been batting for women's entry into the Sabarimala temple in Kerala. 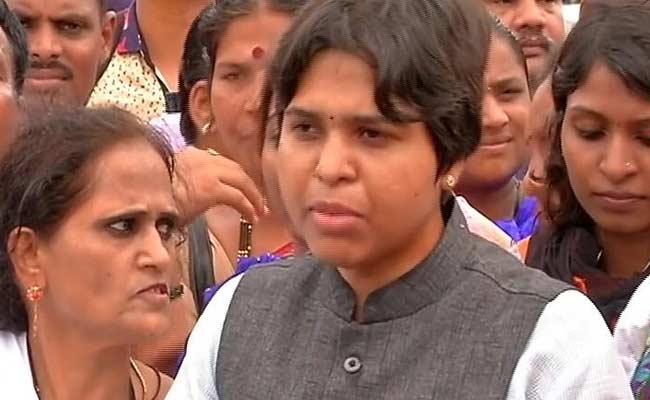 Ms Desai, president of Bhumata Ranragini Brigade, has been batting for women's entry into the Sabarimala temple in Kerala.

PM Modi visited Shirdi on Friday, where he took part in functions to mark the conclusion of the year-long Saibaba Samadhi centenary programme organised by the Sai temple trust.

A few days back, Ms Desai had sought a meeting with the PM in Shirdi to discuss the Sabarimala issue and warned that if she was not allowed to meet him, her outfit would block his convoy.

"Today, before she could leave Pune for Shirdi (in neighbouring Ahmednagar district), officials from Sahakarnagar police station took her into preventive custody," a senior police official said.

"She was taken into police custody early in the morning as she had threatened to disrupt PM's visit in Shirdi," the official said adding that she has been currently kept under detention at Sahakar Nagar police station.

Meanwhile, talking to PTI over phone, Ms Desai said she had written a letter to Superintendent of Police, Ahmednagar and sought a meeting with the PM on the issue of women's entry into Sabarimala temple.

"In the letter, we had warned that if the meeting with PM is not facilitated, we would block the PM's convoy and urge him to hold talks," said Ms Desai.

She said the kind of "alertness" the police showed today in taking action against her, was not shown in acting against those protesting the entry of women into the Kerala temple.