Romil Ramgarhia, former COO of the BARC, was arrested in the afternoon by a team of Mumbai crime branch, which is probing the TRP case, official said. 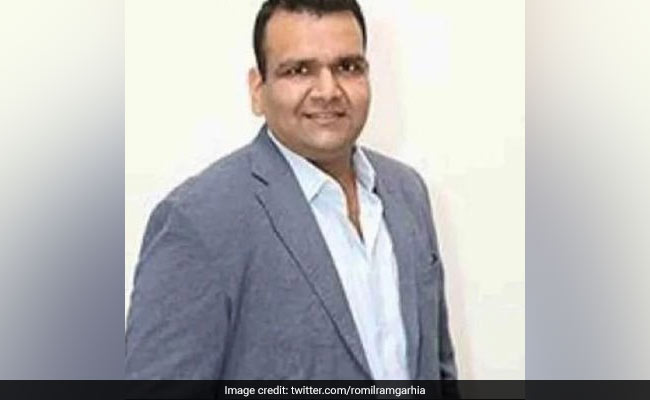 Romil Ramgarhia would be produced before a local court, police official said.

Romil Ramgarhia, who was BARC's COO between 2014 and 2020, was apprehended from his residence in Antop Hill in Mumbai in the early hours of Thursday. He was formally placed under arrest in the afternoon by the Mumbai crime branch, which is probing the TRP case, he said.

This is the 14th arrest in the case.

After his arrest, Ramgarhia was produced before a metropolitan magistrate court here, which remanded him in police custody till December 19.

Police sought his custody saying they want to interrogate him in connection with the case and also need to retrieve electronic evidence from him.

The police official said, "During the probe, it came to light that Ramgarhia allegedly provided secret and confidential information to certain TV channels to help increase their TRP."

"Ramgarhia was BARC's COO between 2014 and 2020 and he was able to access important and sensitive information related to channels, their nationwide viewership trends and performance collected by the rating agency," the official added.

He also had information about the households, where barometers have been installed, he said.

"The crime branch is also probing whether Ramgarhia made any financial gains by sharing such important information to certain channels to help them increase the TRP," the official said.

On Sunday, the police had arrested Republic Media Network's Chief Executive Officer Vikas Khanchandani in connection with the scam. However, he was granted bail by a court on Wednesday.

The police began a probe into the alleged scam after the BARC filed a complaint through Hansa Research Agency about rigging of TRP by some channels.

It was alleged that some of these families were being bribed to tune into certain channels to ramp up their TRP.

In a charge sheet filed recently, the police alleged that an official of Hansa paid money to sample households to tune into Box Cinema, Fakt Marathi, Maha Movie and Republic TV.

The Republic TV has denied any wrongdoing.

Jet Airways' Flying Permit Likely To Be Revalidated This Week