Rohtak Deputy Commissioner Atul Kumar said the security forces will first warn troublemakers to withdraw. But if they don't obey, they will be fired upon 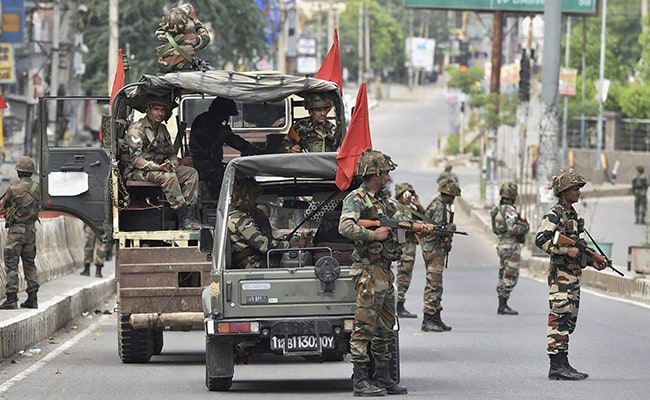 Chandigarh: Ahead of the sentencing of self-styled godman and rape convict Gurmeet Ram Rahim Singh, Rohtak's deputy commissioner has warned people to be ready to face bullets if they created trouble. The 50-year-old head of the Dera Sacha Sauda sect is staying at a jail in Sunaria, on the outskirts of Rohtak in Haryana. A CBI judge will visit the jail today to announce his sentence.

"We will not allow anyone to create any sort of trouble in Rohtak. Anyone breaking law or indulging in acts of violence or arson will himself be responsible for his fate. Anyone creating trouble will be given a warning first and if he still pays no heed, then he will have to face the bullet," Rohtak Deputy Commissioner Atul Kumar told reporters.

"People do not have any reason to be afraid as stringent security measures have been taken," Mr Kumar said, adding the situation in the district was "completely under control" and the police were fully prepared to tackle any situation.

The Army has been posted in Rohtak. Dera followers went on the rampage in several parts of Haryana, Punjab and even New Delhi last week after their sect's leader was convicted in the rape case. At least 38 were killed and over 250 injured in the violence.

Promoted
Listen to the latest songs, only on JioSaavn.com
Mohd Akil, Additional Director General of Police (Law and Order), also warned troublemakers in Rohtak. "Anyone who creates trouble will be taught a lesson, like in Panchkula and Sirsa," he told reporters in Rohtak.

The Rohtak deputy commissioner asked people not to visit the district if it is not urgent. People entering the district are being asked to show identity proof and the reason for visit, and if they are unable to explain, they would be arrested.