Congress workers were injured in a baton charge by Tipura State Rifles personnel when they took out a torch rally in protest against the Citizenship (Amendment) Bill. 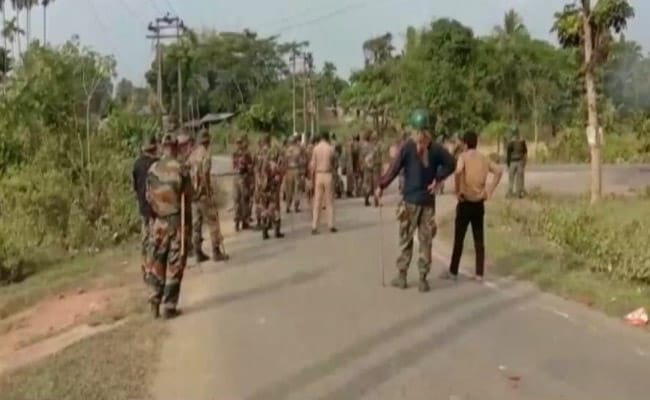 The shutdown in Tripura has been largely peaceful so far (File)

Schools and colleges were closed, offices were shut and vehicles remained largely off roads in Tripura today amid a 24-hour shutdown call given by the Congress, officials said.

Shops were also shut in several areas across the state and many trains were cancelled due to the shutdown, which was called by the Congress in protest against alleged police assault on its members during an agitation outside its party office in Agartala on Wednesday.

Congress workers were injured in a baton charge by Tripura State Rifles personnel when they took out a torch rally in protest against the Citizenship (Amendment) Bill.

Although some government offices were open but attendance was thin, the officials said.

"Attendance at the civil secretariat was normal despite the bandh," said a senior state government official.

Most of the petrol pumps in the city have exhausted their reserves, following the three-day strike by the Joint Movement Against Citizenship Amendment Bill (JMCCAB) and the Congress-sponsored shutdown.

Over 100 bandh supporters were taken into preventive custody till 12 pm, said a police officer.

Although the shutdown has been largely peaceful so far, two Youth Congress leaders were injured when they were allegedly attacked by BJP supporters at Paradish Chowmuhani around 11.30 am.

A police complaint has been filed in the alleged incident, he said.