BJP ally INPT wants a judicial probe, compensation of Rs 20 lakh or government jobs for the families of the injured youth 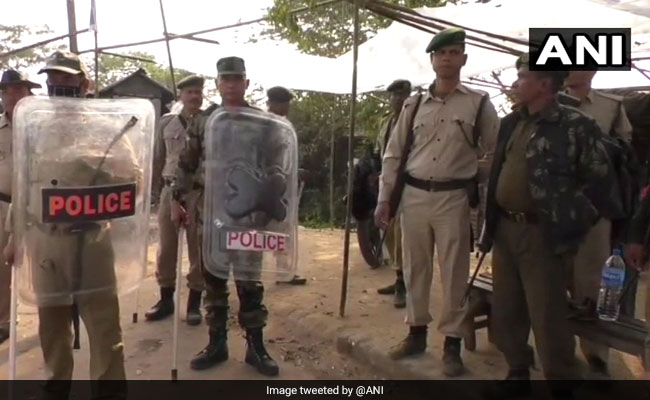 "The BJP-led government's police opened fire on unarmed innocent people while they were protesting against the Bill on Tuesday, in a democratic manner. We have called for a bandh to protest the firing," INPT General Secretary Jagadhish Debbarma told reporters in Agartala.

Security measures have been intensified and large contingents of the Tripura State Rifles, Central Reserve Police Force (CRPF), Assam Rifles and Tripura Police have been deployed across the tribal dominated areas police sources have told NDTV. Mobile data and Internet services are still suspended in the state to check spreading of rumours on social media.

Six leaders of the North-East Students Organisation (NESO), who had called the bandh in the entire northeastern region on Tuesday, were not allowed to go to the troubled areas of Khumulwng, where protesters had clashed with the police injuring six people.

"The BJP-led Tripura government does not believe in democratic values. The party is trying to bulldoze sentiments and opinion of the people of the northeast. The BJP is using force on people of the northeast, who voted for them and the police firing is an example of that. We will fight this and not allow the bill to be implemented," said NESO adviser, Samujjal Bhattacharjee.

Alleging conspiracy, Tripura BJP spokesperson, Nabendu Bhattacharjee, said that the tribal parties, who called the bandh, "have no base among the masses" and these parties and the CPI-M are "conspiring against the state government".

The Congress party, however, is supporting the bandh in Tripura.

The BJP-led Manipur government too has sought exemption from citizenship bill as agitators hit the streets on Friday. Three persons, including a woman and a police officer, were injured in clashes between students, women vendors and the police at the Khwairamban Bazaar, the main market in Imphal. The police had to fire teargas shells to disperse the protesters.

Amid strong opposition by political parties like the Congress, Left and the Trinamool Congress, the Lok Sabha on Tuesday, passed the Citizenship (Amendment) Bill 2016, which seeks to grant citizenship to migrants from six non-Muslim minority groups from Bangladesh, Pakistan and Afghanistan.