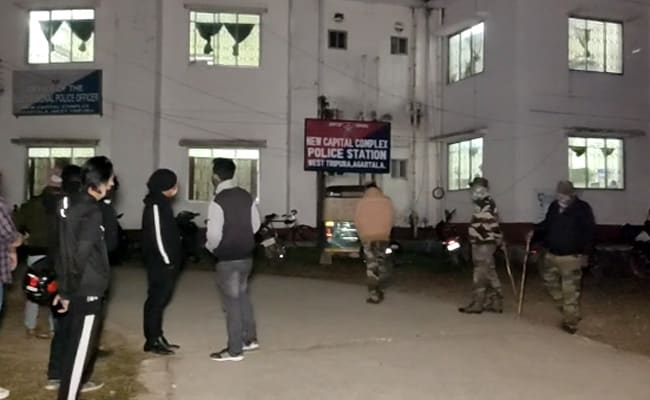 Tripura's powerful Tribal Students Federation (TSF) has called off its 12-hour statewide strike scheduled to be observed on Monday to protest the alleged thrashing of two tribal students for having parked their two-wheeler on the route that Chief Minister Biplab Deb's convoy was to take.

The police had registered a case against the two tribal students even though they pleaded innocence, claiming that their two-wheeler had broken down and they had no intention of blocking the way of the Chief Minister on Thursday.

The students have alleged that they were not only mercilessly beaten but the police refused to register a complaint of physical assault against the traffic police personnel who assaulted them. One of the students also alleged that a police officer even hit him in the groin, injuring him seriously.

A separate case has also been registered on the complaint lodged by the two students Angel Reang and Abhijit Debbarma.

The Tripura Police has ordered a probe and benched the policemen accused in the incident.

Addressing a press conference in the Agartala Press Club on Sunday, TSF advisor Upendra Debbarma in presence of the organisation's general secretary John Debbarma and other office-bearers declared the bandh and also demanded strict punishment for the policemen.

This is the second complaint of excessive force used by the police high in Agartala in less than a week.

Earlier this month, members of the LGBT community had complained against the state police for allegedly forcefully stripping some of them in public for checking their gender.