Law Minister Ravi Shankar Prasad will table the bill in the Upper House after it was cleared by the Lok Sabha on Thursday amid a walkout by the opposition. The bill was passed by the Lower House with 245 voting in favour and 11 opposing it. 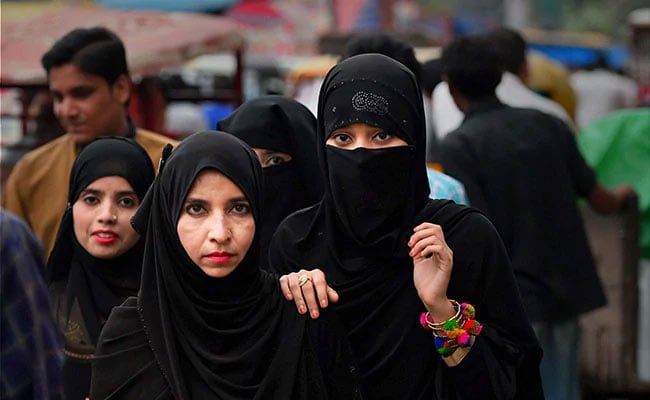 The contentious triple talaq bill seeking to criminalise instant divorce is set to be tabled in the Rajya Sabha even as the Congress said it will not allow the passage of the proposed legislation in its present form.

Law Minister Ravi Shankar Prasad will table the bill in the Upper House after it was cleared by the Lok Sabha on Thursday amid a walkout by the opposition. The bill was passed by the Lower House with 245 voting in favour and 11 opposing it.

Mr Prasad had on Friday claimed that the bill will find support in Rajya Sabha, where the BJP-led NDA lacks numbers. It is listed in the Rajya Sabha's legislative agenda for Monday.

He said 10 opposition parties had openly come out against the Muslim Women (Protection of Rights on Marriage) Bill, 2018 when it was introduced in the Lok Sabha.

Even the parties which support the government on various issues, including AIADMK, have opposed the bill, said Mr Venugopal, who is also a Congress floor strategist.

Condemning the bill, he said the stringent provisions like criminalisation of a civil wrong were there in the triple talaq bill and it was not at all acceptable to the opposition parties, including the Congress.

"...The bill will not help empower women," the Congress leader said.

Mr Venugopal claimed there was no confusion in the Congress-led UPA or party-led UDF in Kerala regarding the bill.

The Alappuzha lawmaker said the government could not push the bill in its initial form in the Rajya Sabha due to stringent opposition from the Congress and other opposition parties.

"That is the reason why the government brought the ordinance and re-introduced the bill in the Lok Sabha. But the Congress will oppose its passage in the present form in the Rajya Sabha," Mr Venugopal said.

The Congress had earlier accused the NDA government of getting the triple talaq bill passed in haste in the Lok Sabha in view of the 2019 general election.

The party has said its provisions are against the Constitution and violate the fundamental rights.

The opposition has been demanding that the bill be referred to a 'joint select committee' of parliament for further scrutiny.

On Thursday, the government rejected the opposition's contention that it was aimed at targeting a particular community.

Piloting the bill, Mr Prasad had said there should be no politics on the bill, stressing that it was not against any particular community.

Describing the passage of the triple talaq bill as a historic step to ensure equality and dignity of Muslim women, BJP chief Amit Shah had demanded an apology from the Congress for decades of injustice.