"And The Oscar Goes To..." Trinamool's Twitter Offensive Against PM Modi

In the video, PM Modi is also seen being flocked by a large group of people who are congratulating him, apparently for the best actor win. 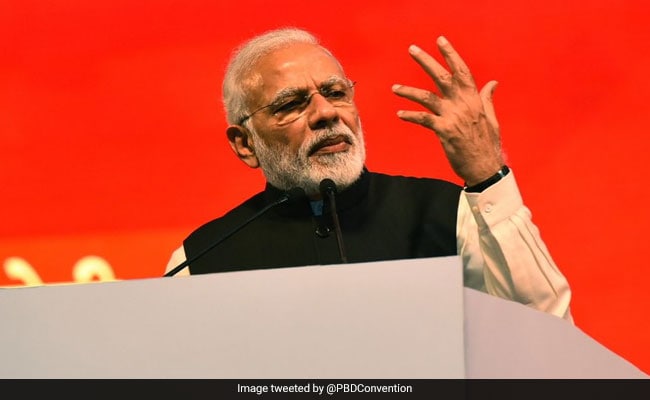 In a stinging attack on Prime Minister Narendra Modi, the Trinamool Congress shared a spoof video of him accepting an Oscar for best actor on Twitter for his recent gesture of washing the feet of "safai karmacharis" at the Kumbh Mela. The video drew a lot of flak on the micro-blogging website.

PM Modi was at the Kumbh Mela in Prayagraj on Sunday to take a holy dip at the confluence of Ganga, Yamuna and the mythical Saraswati. Post the dip, he paid his respects to a handful of sanitation workers and awarded them with the "Swachh Kumbh Swachh Aabhaar" award. Things however took an unexpected turn when the prime minister washed and cleaned the feet of the awardees in front of television cameras.

In the video, PM Modi is also seen being flocked by a large group of people who are congratulating him, apparently for the best actor win.

The song Bohemian Rhapsody by iconic rock band Queen played in the background, which is also the title of the movie actor Rami Malek won the Oscar for.

And the Oscar goes to... #Oscarspic.twitter.com/ysgTDYvkvr

Captioned "and the Oscar goes to" the video did not go down well with Twitteratti who attacked the Mamata Banerjee-led party.

PM Modi's BJP and Trinamool Congress are at loggerheads with each other and often launch scathing attacks at each other. Mamata Banerjee, at a mega rally in Kolkata, joined hands with 23 political parties with the common agenda of ousting BJP from the centre.

The Bengal chief minister was also on a sit-in early this month protesting against the CBI's handling of Kolkata police chief Rajeev Kumar. A row also erupted over the Bengal government denying permission for the landing of Uttar Pradesh chief minister Yogi Adityanath's helicopter in Bengal ahead of a rally.