The opposition Congress, CPI(M) and BJP demanded an explanation from the TMC regarding Shrikant Mohta's arrest as the film distributor is considered to be close to the ruling party. 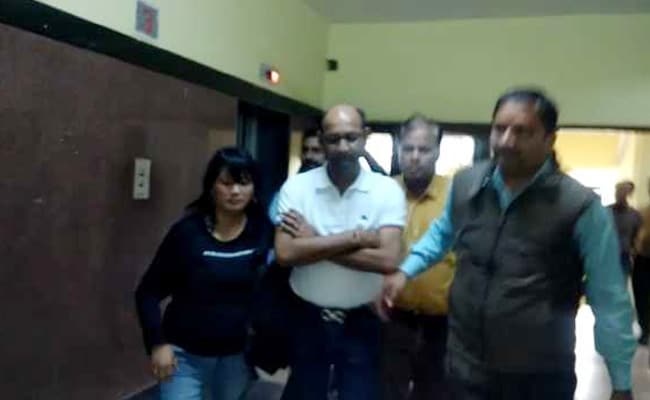 The ruling Trinamool Congress (TMC) today criticised the arrest of film producer and distributor Shrikant Mohta by the CBI in the Rose Valley chit fund case and said "no one is being spared in the Narendra Modi regime".

The opposition Congress, CPI(M) and BJP demanded an explanation from the TMC regarding Shrikant Mohta's arrest as the film distributor is considered to be close to the ruling party.

"They are arresting and are trying to intimidate everybody. Be it a writer, an actor, a film personality.... They don't want to spare anyone. The people will give them a befitting reply," TMC secretary general Partha Chatterjee said.

The BJP has turned the CBI into their extended party office, Mr Chatterjee claimed.

Senior TMC leaders who did not want to be quoted alleged that the BJP is trying to pursue its vendetta politics through these arrests.

"The CBI should have arrested him earlier. The CBI is doing its work. But whenever it makes any arrest, the TMC raises baseless allegations of vendetta politics," state BJP president Dilip Ghosh said.

State Congress president Somen Mitra demanded an explanation from the TMC over Mr Mohta's arrest as he is considered close to various top leaders of the ruling party.

Senior CPI(M) leader Sujan Chakraborty said several TMC leaders were arrested earlier for their alleged involvement in the scam and now those who are considered close to the party are being arrested.

"What more can we say? These arrests only proves the kind of company the TMC leaders keep," Mr Chakraborty said.

The agency is probing both the Saradha and Rose Valley multi-crore scams.