Rahat Indori (70), a prominent figure in the Urdu literary world who enjoyed a large fan following, died of a heart attack at an Indore hospital, where he was being treated for COVID-19. 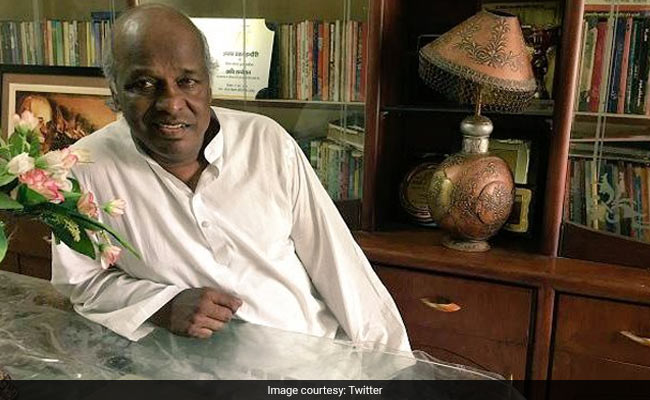 Satlaj Indori, the poet's son, said his father passed away due to heart attack. (File)

Rahat Indori (70), a prominent figure in the Urdu literary world who enjoyed a large fan following, died of a heart attack at an Indore hospital, where he was being treated for COVID-19.

Terming the death of Indori as an irreparable loss for the country and Madhya Pradesh, Mr Chouhan, in a tweet in Hindi, said, He ruled the hearts of millions and billions of people with his Urdu poems.

"I pray to God to give peace to the departed soul and strength to his family and fans to bear this loss."

"With his remarkable Urdu shayari (poetry), his hometown Indore became famous all over the country. In the morning I got the news of his poor health and we all prayed for his recovery. It is unbelievable that he left us so soon," Kamal Nath said.

The country has lost a noted shayar (poet) in Rahat Indori's death. He was a symbol of national integration. We pray to the god to give him a place in heaven, the Rajya Sabha MP said in a tweet.

BJP general secretary in-charge of West Bengal, Kailash Vijayvargiya, in a tweet said, It is a very painful news that my friend, who established Indore's identity in the country and the world has died. His shayari was liked a lot by the people."