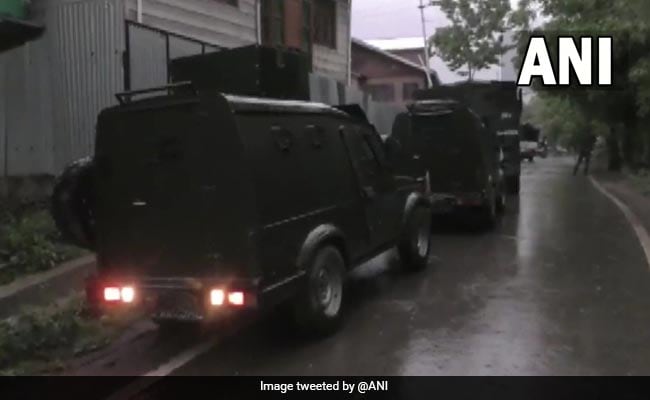 Top Lashkar-e-Taiba or LeT terrorist, Yousuf Kantroo, was killed in an encounter with security forces

Top Lashkar-e-Taiba or LeT terrorist Yousuf Kantroo, who was involved in the killing of several security force personnel and civilians, was among two terrorists killed in an encounter in Baramulla district of Jammu and Kashmir today, police said.

Three soldiers were injured in the initial exchange of fire between the two sides, they said.

Based on specific inputs about the presence of terrorists in Malwah area of Baramulla in north Kashmir, security forces launched a cordon and search operation there, a police official said.

The search operation turned into an encounter after the terrorists fired upon the forces, who retaliated.

In the exchange of fire so far, two terrorists were killed.

He said Kantroo was involved in several killings of civilians and security personnel.

"Kantroo was also involved in the recent killing of a special police officer and his brother, a soldier and a civilian in Budgam district," the IGP said, adding the LeT terrorist's killing is "a big success for us".

In the initial exchange of fire, three soldiers sustained minor injuries, Mr Kumar had said in a tweet earlier.

Arms and ammunition have been recovered, the police said.