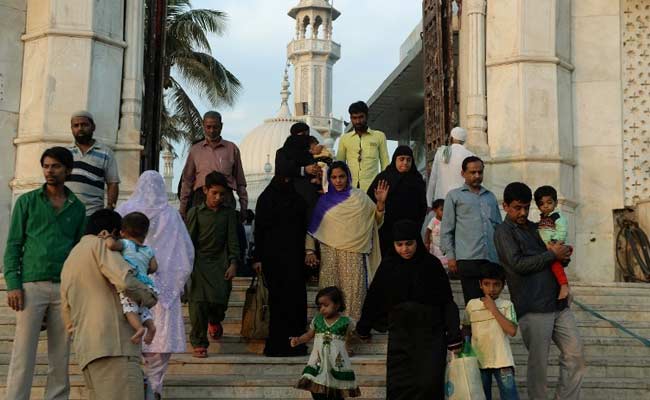 SC extended stay on a High Court order staying a ban on entry of women into Haji Ali shrine. (File)

New Delhi: Asking the Haji Ali Dargah Trust to take a progressive stand on the issue of allowing women inside the famous Muslim shrine in Mumbai, the Supreme Court today agreed to extend the stay on a High Court order which lifted a 2012 ban on the entry of women. The court will now hear the matter on October 17.

A bench comprising Chief Justice TS Thakur and Justice AM Khanwilkar said they were hopeful that the Trust "will take a stand which is progressive". Reminding the petitioner that an identical issue was pending before the Supreme Court relating to the Sabarimala Temple in Kerala, the court said "that the issue was a problem not only among Muslims, but among Hindus as well" and warned that the Trust must not discriminate against women.

Senior lawyer Gopal Subramaniam, who appeared for the Trust, said he was "on a progressive mission" and assured the court that the Trust was looking for a solution.

On August 26 the Bombay High Court had held that the ban on entry of women into the shrine was unconstitutional and violated the fundamental rights of women. In a landmark judgment the court said that the "right of the Trust to manage cannot override the right to practice religion itself".

The court had also remarked that prohibition was not an integral part of Islam.

It also dismissed the Trust's defence that the ban was in keeping with a 2012 Supreme Court direction to ensure that there was no sexual harassment of women at places of worship.