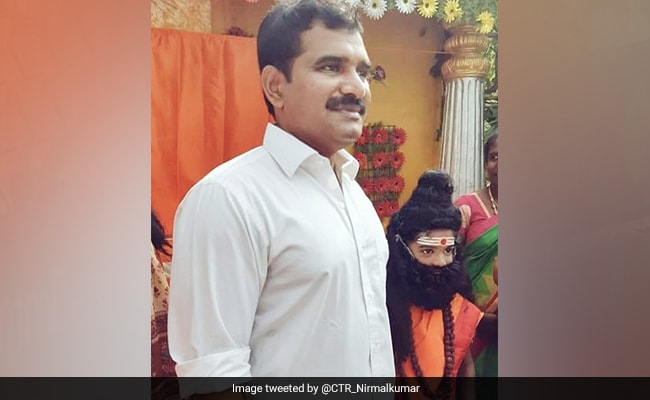 Justice CV Karthikeyan granted the injunction while passing interim orders on an application arising out of a civil suit from Mr Balaji, which besides seeking an order to gag CTR Nirmal Kumar, secretary of Tamil Nadu BJP IT Wing, also demanded payment of Rs 2 crore towards damages.

Earlier, petitioner's senior advocate P Wilson submitted that Mr Kumar was running a smear campaign against Mr Balaji for the past several months by continuously making wild, false and defamatory statements against him due to political reasons.

The intention was to defame and tarnish his personal and professional reputation, he alleged.

Mr Kumar was not engaging in any constructive criticism or political opposition but is only defaming through vexatious and slanderous allegations without any basis, he added.

In fact even when a legal notice was issued to cease and desist, instead of giving an explanation/justification for the accusations, Mr Kumar tweeted about the notice too with further false and defamatory statements, Mr Wilson contended.

After observing that a prima facie case is made out, the judge granted the interim injunction.