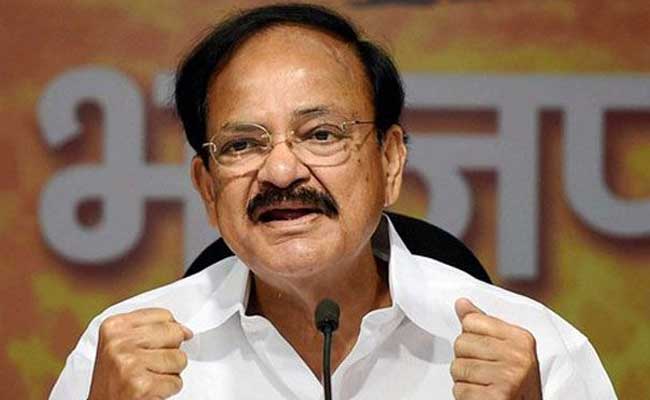 Triple talaq is anti-constitutional, against law, and the principles of democracy, Venkaiah Naidu said.

Hyderabad: Describing 'triple talaq' as anti-constitutional and anti-civilisation, Union Minister Venkaiah Naidu today said its time the country should abolish this "gender discrimination", in the light of principles of justice, dignity and equality.

"Triple talaq is anti-constitutional, against law, against the principles of democracy and anti-civilisation. This kind of opinion is on the rise. There is a discussion going on, on this subject. Already so much of time has been taken. It is time the country should move forward to abolish 'triple talaq' to end the discrimination and also have gender justice and equality before law. We should end this," Mr Naidu said.

"Even Muslim women are demanding justice. There should not be any gender discrimination. There should be gender justice. All are equal before the Constitution," he said speaking here on the sidelines of a programme organised by the Institute of Chartered Accountants of India.

He suggested that as the Supreme Court is currently scrutinising the issue, anybody can go and voice their concerns.

On the Uniform Civil Code, he said, "the government will do everything in a transparent manner. It will take Parliament into confidence. Some sections are resorting to a false propaganda that the government is trying to implement Common Civil Code from backdoor."

On October 7, the Centre for the first time, had opposed in Supreme Court the practise of triple talaq, 'nikah halala' and polygamy among Muslims and favoured a re-look on the grounds like gender equality and secularism.

Promoted
Listen to the latest songs, only on JioSaavn.com
The Ministry of Law and Justice, in its affidavit, referred to constitutional principles such as gender equality, secularism, international covenants, religious practices and marital law prevalent in various Islamic countries to drive home the point that the practice of triple talaq and polygamy needed to be adjudicated upon afresh by the apex court.

The law panel's move was significant as the Supreme Court had recently said it would prefer a wider debate, in public as well as in court, before taking a decision on the constitutional validity of 'triple talaq', which many complain is abused by Muslim men to arbitrarily divorce their wives.