Concerned About India, It Should Follow China On Anti-Pollution Steps: WHO

The WHO's database of more than 4,300 cities showed cities such as New Delhi, Varanasi and Patna were among the most polluted, based on the amount of particulate matter under 2.5 micrograms found in every cubic metre of air. 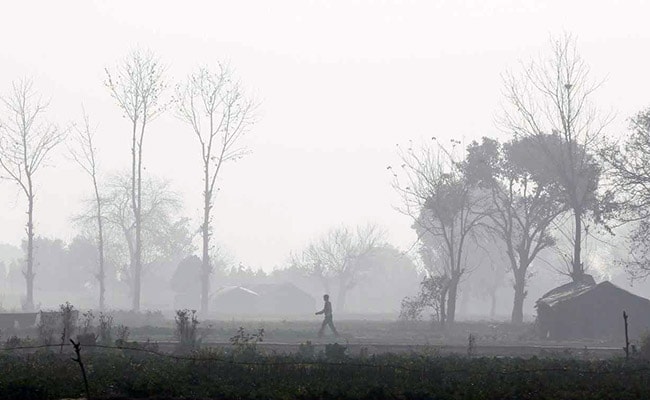 The WHO says nine out of 10 people on the planet breathe polluted air. (Reuters)

GENEVA: India should follow China's example and clean up the air in its cities, which are among the world's worst for outdoor pollution, the World Health Organization said on Wednesday.

The WHO's database of more than 4,300 cities showed cities such as New Delhi, Varanasi and Patna were among the most polluted, based on the amount of particulate matter under 2.5 micrograms found in every cubic metre of air.

Chinese cities such as Xingtai and Shijiazhuang and the Saudi refining hub at Jubail were also highly polluted, but the data for those places was 4 -5 years old, and Maria Neira, WHO's head of public health, said China had made big improvements that India should follow.

For a map showing air pollution in various towns and cities, click https://tmsnrt.rs/2JIblQu

"There is a big step at the government level (in China) declaring war on air pollution," Neira said. "One of the reasons for that is that the health argument was very strongly presented, and the fact that the citizens were really breathing air that was totally unacceptable."

"We would be very happy if we would see a similar movement now in India which is one of the countries for which we are particularly concerned, although there are good initiatives which can be put in place quickly, still the levels are very high and we would like to see a similar decision and leadership."

The WHO says nine out of 10 people on the planet breathe polluted air, and it kills 7 million people each year, almost all of them in poor countries in Asia and Africa. About a quarter of deaths from heart disease, stroke and lung cancer can be attributed to air pollution, the WHO says.

Globally, outdoor air pollution has remained high and largely unchanged in the past six years, while household air pollution has got worse in many poorer countries, as people continue to cook with solid fuel or kerosene, instead of cleaner fuels such as gas and electricity.

"The transition to clean fuels and technology in the home, clean household energy, is too slow. It's been three decades and we still have three billion people primarily relying on (polluting) fuels and technologies, and that's for cooking alone," said WHO technical officer Heather Adair-Rohani.

WHO's global assessment is based on satellite data and modelling overlaid on the database of cities, which is self-selecting because it is based on voluntary reporting, with numbers that have been hugely revised since the previous report.

Promoted
Listen to the latest songs, only on JioSaavn.com
The most polluted city in 2016's report, Zabol in Iran, has had its pollution level cut fourfold in the latest version of the database, and now appears to be cleaner than Australia's capital Canberra.

"The data we are presenting today is I think the most accurate you can expect at the moment," Neira said.
© Thomson Reuters 2018