China's War On Air Pollution At Risk Of Reaching A "Stalemate"

Air pollution rose by more than a quarter in parts of northern China in March, and the region has been hit by another bout of smog in April. 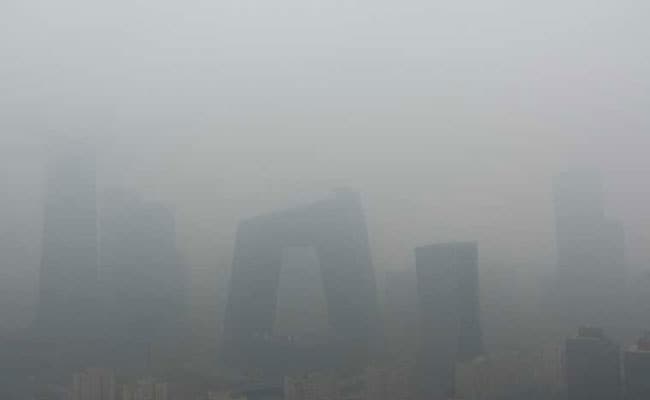 In Beijing, buildings are seen amids smog on a polluted day where a blue alert is issued. (Reuters)

Beijing: China's war on pollution is at risk of reaching a "stalemate", with poor weather conditions undermining the country's efforts to reduce smog, an environment ministry spokesman said on Thursday.

Air pollution rose by more than a quarter in parts of northern China in March, and the region has been hit by another bout of smog in the second half of April, which the Ministry of Ecology and Environment (MEE) has blamed on weak air circulation.

"Weather conditions last month in Beijing were the worst over the past six years with slow wind, little rain and high temperatures, but average pollution readings were able to stay at same level as the past five years," Liu Youbin, spokesman for the Ministry of Ecology and Environment (MEE), said at a regular press briefing.

"The air pollution campaign has entered a stage of stalemate, as Chairman Mao described in his famous book 'On Protracted War'... The efforts we made have sometimes been offset by unfavourable weather, and it will take time for us to slip the leash of weather conditions to win the war," he added.

China met its 2013-2017 air quality targets after forcing major polluters like steel mills and coal-fired power generators to raise standards and upgrade their technology, and it also shut down thousands of smaller law-breaking enterprises.

Liu said China shut down as many as 62,000 small-scale and "dispersed" pollution sources in 2017, noting that they were responsible for around 30 percent of total emissions of PM2.5, small particles that lodge in the lungs.

But experts have warned that China's anti-smog campaign is getting even harder, with improvements in air quality starting to level off now that relatively straightforward programmes like the desulphurisation of power plant emissions have been completed.

While the focus has primarily been on reducing concentrations of PM2.5, experts have also urged the authorities to take action against other hazardous forms of air pollution like ozone, which has been on the rise in northern China.

"The easy actions have been done very well but now there is more that needs to be done," said Chen Songxi, an expert in environmental statistics at the Guanghua School of Management at Peking University.

Promoted
Listen to the latest songs, only on JioSaavn.com
"Motor vehicles in cities have to be curbed - so far, there has been little action in that regard, because it will be very unpopular with drivers," he added.
© Thomson Reuters 2018