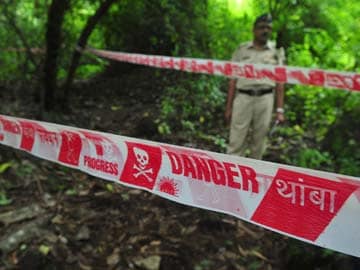 The three men were the common factor in the gang-rapes of a photojournalist and a telephone operator in the deserted mill in Mumbai.

Mumbai: Three men convicted of two gang-rapes in the abandoned Shakti Mills in Mumbai last year have become the first to be convicted under a new legal provision that punishes repeat offenders with a life term or death sentence.

Vijay Jadhav, Kasim Bengali and Salim Ansari could face the death penalty after being found guilty today under section 376 E for repeat offenders, which was brought in force along with major changes in the law after the fatal gang-rape of a young student in Delhi in December, 2012.

While the application of Section 376 E was challenged by the Defence, the court said that the section is silent on the aspect of how old the previous conviction should be for it to be applied. It also said that the legislature would have used the word previously convicted and undergone sentence, if it meant to use the word repeat offender in its dictionary sense.

Special Public Prosecutor, Ujjwal Nikam told NDTV, "The intention of the legislature in incorporating the provisions of section 376 E is not only to punish the very criminals but to deter the like-minded persons and that is the will and sole intention."

The three men were the common factor in the gang-rapes of a photojournalist and a telephone operator in the deserted mill in the heart of Mumbai, which ruptured the city's image as one of India's safest. They had been sentenced to life in prison for the 18-year-old telephone operator's gang-rape when the court asked for fresh charges under the new law. (Life sentence for four convicts in Shakti Mills gang-rape case)

The group's crimes were exposed after the 23-year-old photojournalist's rape in August last, which sparked a fresh wave of outrage across the country, months after the Delhi gang-rape.

The photographer was on assignment at the mill with a male colleague when five men tied him up and took turns to assault her, holding a broken bottle to her head. The attackers were found guilty of offences that included showing pornography to her and forcing her to perform similar acts, stripping her, and destroying evidence.

Promoted
Listen to the latest songs, only on JioSaavn.com
The phone operator came forward after reading about the photographer's ordeal.

The police describe the attackers as unemployed school dropouts and neighbours say they were a gang known for petty theft and drinking in the area.