HDFC Bank alleged that 66 attempts were made to access the internet banking services of the account, a senior police officer said. 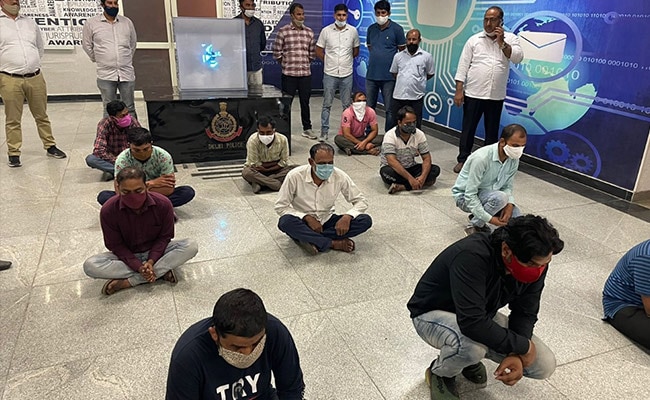 The Delhi Police Cyber Cell has arrested 12 people, including three HDFC Bank employees, for allegedly trying to withdraw money from the account of an NRI, officials said on Tuesday.

The bank had filed a complaint after noticing several unauthorised attempts to access a Non-Resident Indian (NRI) account using internet banking services and to withdraw cash it using a fraudulently obtained cheque book, the police said.

The accused also tried to replace a US-based mobile phone number associated with the bank account with an identical Indian number, they said.

HDFC Bank alleged that 66 attempts were made to access the internet banking services of the account, a senior police officer said.

During investigation, the police conducted raids on 20 locations across Delhi, Haryana and Uttar Pradesh, and arrested 12 people, including three employees of the bank who were involved in issuing the cheque book, updating the mobile phone number and removing the debt freeze of the account, Deputy Commissioner of Police (Cyber Cell) KPS Malhotra said.

The accused had come to know somehow that the account was dormant and had huge funds, and they began gathering information about it, the police said.

The group lured in an employee of the bank for issuing a cheque book and removing the account's debt freeze by promising her Rs 10 lakh. They also promised to buy insurance from her for Rs 15 lakh, a target assigned to her by the bank for appraisal purposes, Mr Malhotra said.

In the past too, attempts were made to withdraw money from this account, and two cases had been registered in Ghaziabad and Mohali, the police said.

More raids are in progress, they added.

In a statement, HDFC Bank said, "Our systems detected unauthorised and suspicious attempts to transact in certain accounts. We reported the matter to law enforcement agencies for further and necessary investigation, and lodged an FIR."

Based on the FIR, the police have arrested some suspects, including bank staff, it said, adding, "We have suspended bank staff pending outcome of the investigation.