Three Army Officers Die in Cheetah Helicopter Crash in UP 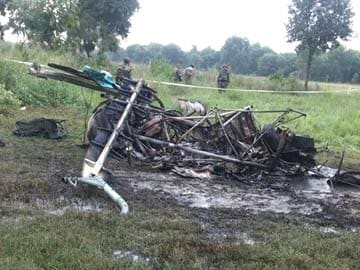 Three officers were killed in a Cheetah chopper crash in UP

Bareilly: Three army officers were killed after their Cheetah helicopter crashed in Bareilly in Uttar Pradesh this morning.

The accident took place at around 7.45 am, moments after the army helicopter took off from an army aviation base. Two pilots and an engineer were killed.

Promoted
Listen to the latest songs, only on JioSaavn.com
The helicopter was reportedly on a testing flight. Just two minutes after take-off, it reportedly caught fire and crashed.

The army has been trying to get replacements for its 40-year-old Cheetahs but has failed because of corruption scandals and bureaucratic delays.