They Don't Give Me Chicken In Mumbai Jail, Gangster Abu Salem Complains To Portuguese Officials

One of his complaints to Portuguese Embassy officials who came to check on him, was that Taloja Jail authorities have forced him to become vegetarian

Abu Salem has also complained about the quality of the food. (Mid-Day)

Extradited gangster Abu Salem is pining for chicken in jail. One of his complaints to Portuguese Embassy officials who came to check on him, was that Taloja Jail authorities have forced him to become vegetarian.

Portuguese authorities arrived on Tuesday after Salem complained of a threat to his life.

The IG Prisons was present at the meeting along with doctors who treat prisoners, the SP of Taloja Jail, a CBI officer and Salem's lawyer. Salem's lawyer Saba Qureshi said, "Abu Salem said the quality of food is really bad and he has to eat vegetarian food. 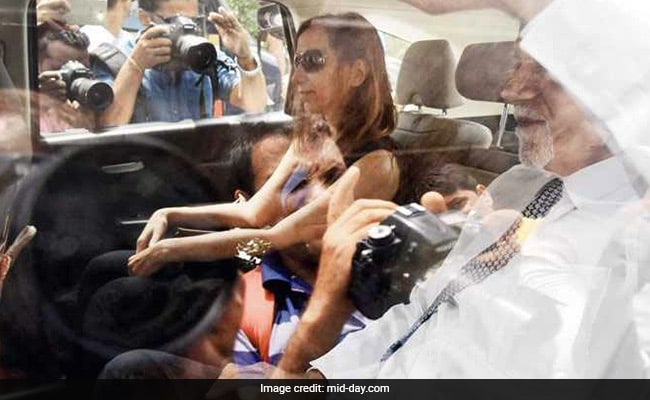 His barrack doesn't have proper sunlight. His toilet is small and dirty and he gets sick because of it." She added, "He complained about his knee and eyesight problems to the doctors, who suggested he see a doctor in Mumbai, but for past one year, jail authorities are giving the excuse that few guards are available to accompany him." She said he is not allowed to meet his family.
Jail SP Sadanand Gaikwad said, "We can't give him chicken. If a doctor asks us to provide eggs to a prisoner, we provide them. He can buy eggs in the canteen. Secondly, many others stay in the same type of barrack where Abu Salem stays. It has an open roof so everyone gets fresh air and sunlight every day. He always complains about his health but his doctor says he is healthy. His allegations are baseless."

Promoted
Listen to the latest songs, only on JioSaavn.com
According to Qureshi, by awarding Salem life imprisonment, India has broken an extradition treaty rule, because the Indian government had assured Portugal that he will not be given imprisonment of over 25 years.

'No Proof He Sold Drugs To Aryan Khan's Friend': Accused Gets Bail