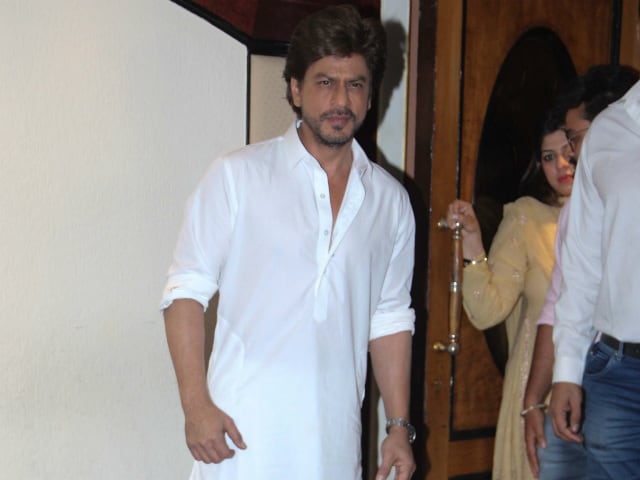 New Delhi: Shah Rukh Khan's film with Aanand L Rai got a section of SRK-fans excited and the 51-year-old actor was asked about the film's status during his interaction with the media on Eid. The superstar revealed that a little over 10 minutes of the film has been shot and the footage is yet to be edited, reported IANS. The yet-untitled film has Shah Rukh playing a "vertically challenged" character as the protagonist and requires advanced technology based editing. "It is a movie on a vertically challenged special person. I enjoyed while shooting for the film. I think technically these kind of films should be made in India. I feel proud that my team is doing that," Shah Rukh told the press on Monday, reported IANS. Last year, this is what the director had to say about the film - "For me, it was a story of a man who is just three feet one inch tall. That is it and nothing beyond it," Mr Rai told IANS.

Shah Rukh's production house Red Chillies Entertainment, which is producing the movie, has set up an office in Goregaon to facilitate smooth post production of the film. Talking about his movie, Shah Rukh said: "At this time, it is possible to make such films. We have completed 12-15 days of shooting. We have to edit 11-12 minutes of the film. Anand had told me that we should edit and see it first. It took two months to edit 30 seconds. We have made an office in Goregaon, specially for the film."

The Dwarf & his Director! @iamsrk@aanandlrai#RaeesSuccessPartypic.twitter.com/h0K2XbwIow

Parts of the film, which went on floors in May, will reportedly be shot in Meerut, stated a mid-day report. "Aanand L Rai may shoot some portions of the film in Meerut but the entire first schedule will be in Film City. SRK is playing a dwarf which would make shooting on real locations difficult," a source close to the project told mid-day.

Actors Ronit Roy, Zeeshan Ayub and Deepak Dobriyal are expected to share screen space with SRK in the new film. Meanwhile, Shah Rukh Khan is awaiting the release of his next, Jab Harry Met Sejal, with Anushka Sharma, who is reported to be SRK's co-star in the Aanand L Rai-directed movie. Directed by Imtiaz Ali, Jab Harry Met Sejal hits screens on August 4.