The Shanta Kumar Effect. A Warning From PM to His Lawmakers 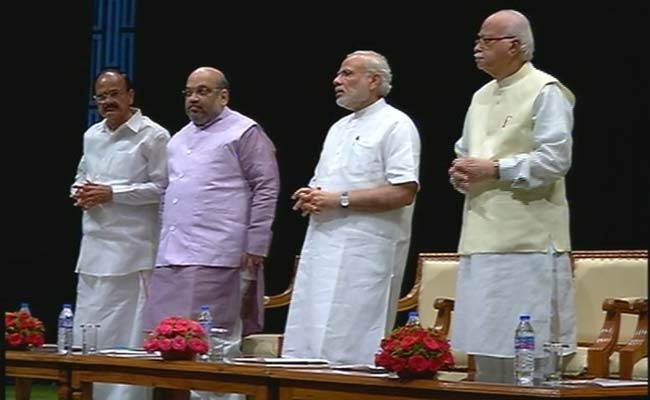 New Delhi: As the opposition blocks Parliament from functioning with aggressive demands for the resignations of a trio of BJP leaders attached to controversies, Prime Minister Narendra Modi met with his party's lawmakers this morning and warned that they must "speak to leaders before making public comments". The PM also warned "there is no need to spread misinformation" as the party reiterated that it will aggressively counter the opposition's attack.

Mr Modi's comments come after senior BJP leader Shanta Kumar left the party awkwardly placed by stating that recent scandals have dinged the government's image. "It has made us all bow our heads in shame," Mr Kumar, an MP from Himachal Pradesh, said in a letter to BJP chief Amit Shah. Mr Kumar, 80, was present at this morning's meeting.

His letter was posted on Facebook just as the opposition warned it will not allow Parliament to get to work unless Foreign Minister Sushma Swaraj and Rajasthan Chief Minister Vasundhara Raje are removed for doing favours to tainted cricket tycoon Lalit Modi who moved to the UK in 2010 amid a series of corruption cases. The Congress also wants the resignation of Madhya Pradesh Chief Minister Shivraj Singh Chouhan over the Vyapam scam which saw bribes being paid in exchange for government jobs and admission to colleges.

Mrs Swaraj has said she is ready to make a statement in Parliament on "Lalit-gate", but the Congress and other parties have refused to allow a debate, with members trooping often to the well of the House and shouting angry slogans. At this morning's meeting of BJP lawmakers, Mrs Swaraj presented a detailed explanation of why she helped Lalit Modi last year to get urgent travel papers to accompany his wife from London to Portugal where she was treated for cancer.