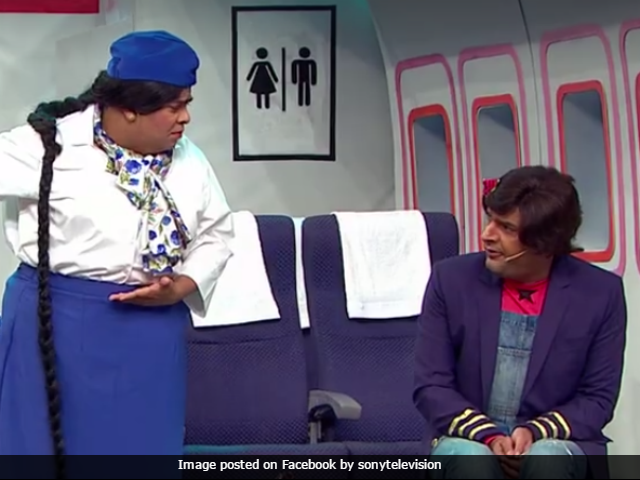 A still from The Kapil Sharma Show which aired on Saturday (Image courtesy: sonytelevision)


Cricketers Shikhar Dhawan, Suresh Raina and Hardik Pandya were the special guests of the episode.

Kapil Sharma, who was allegedly drunk, had reportedly hit Sunil Grover with a shoe on a flight from Australia to Mumbai.

In an interview to Mumbai Mirror, Sunil Grover said his fight with Kapil Sharma was 'unfortunate' and described the row as 'emergency landing.' "I'm here to work, not to have an argument with somebody and walk out of shows. I just want to make people laugh. Whatever happened was unfortunate, emergency landing ho gayi meri," Mumbai Mirror quoted Sunil Grover as saying.