A picture of Baahubali star Prabhas swiftly went viral on Wednesday evening. The picture, in which, Prabhas features in a clean-shaven look, was shared by one of his fan clubs on Instagram 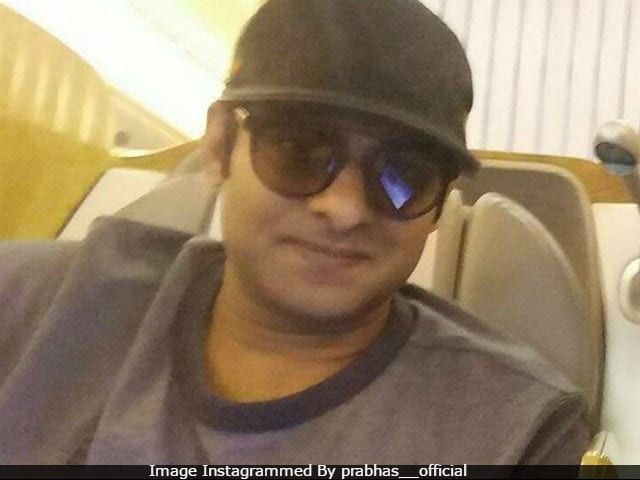 New Delhi: A picture of Baahubali star Prabhas swiftly went viral on Wednesday evening. The picture, in which, Prabhas features in a clean-shaven look, was shared by one of his fan clubs on Instagram. The Internet thinks that this is the actor's new look. However, it is not confirmed that whether this is Prabhas' new look or an old picture that has resurfaced. Prabhas' fans are thrilled to see the actor in a clean-shaven look while some say that they liked him with the beard. "No beard. But why?" read one of the comments on the pic. Prabhas' last film Baahubali: The Conclusion released on April 28. The 37-year-old actor featured as both Amarendra and Mahendra Baahubali in the film. Here's the pic of Prabhas which has gone viral.

Promoted
Listen to the latest songs, only on JioSaavn.com
Baahubali: The Conclusion has shattered major box office records and is now one of the highest-grossing films of all times. Prabhas co-starred with Rana Daggubati and Sathyaraj in the film. The SS Rajamouli-directed film is part two of the magnum opus. Part one, Baahubali: The Beginning released in 2015. After the film's success, Prabhas thanked everyone for their 'love and support.' "I am very thankful to all the people around me for their constant love and support through this journey of 5 years. It wouldn't be possible without them," he said in a statement, reported news agency IANS.

Prabhas is now all set to star in Saaho, his first film after Baahubali series. The actor will reportedly begin shooting for the action-thriller in a couple of months in Mumbai. The film is scheduled to hit the theatres next year.