The Increasing Success Of Gautam Adani, Once Held For Ransom

With a fortune valued at $32.4 billion, Gautam Adani is India's wealthiest person after Mukesh Ambani, who has dominated news headlines for partnering with some of the major names of Silicon Valley. 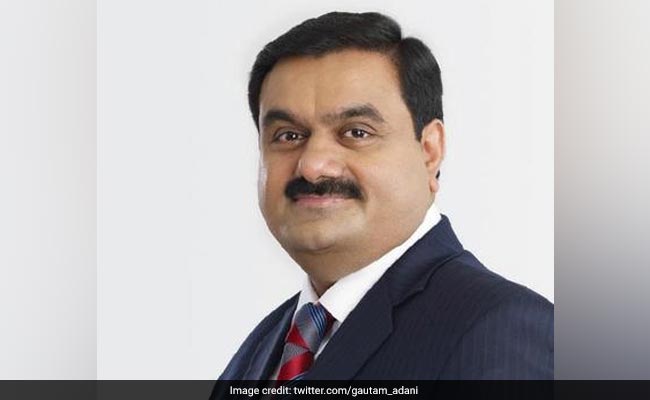 This year alone, the stock surges have added $21.1 billion to Gautam Adani's net worth.

Gautam Adani has a knack for surviving crisis. He was held for ransom more than two decades ago and in 2008 was among the hostages of Mumbai's Taj Mahal Palace hotel during the terror attacks that killed more than 160 people.

Since then, his business acumen and ability to overcome obstacles have propelled him to the ranks of India's richest. And while the coronavirus outbreak sank the nation into an unprecedented recession this year, Mr Adani's group has kept growing. His conglomerate secured global partners, investments and pushed into new sectors.

Shares of most of his firms have surged, including those of his mining, gas and ports units. Adani Green Energy Ltd. has jumped more than sixfold this year as it received a record $6 billion solar-power deal, another step toward the company's goal of becoming the world's largest renewable-energy maker by 2025.

"The market is having FOMO syndrome when it comes to Adani stocks," said Sanjiv Bhasin, director at investment-management firm IIFL Securities Ltd. "Its businesses are aligned to the current central-government vision. Therefore, the road ahead is smooth for this conglomerate for at least five to six years."

With a fortune valued at $32.4 billion, Mr Adani is India's wealthiest person after Mukesh Ambani, who has dominated news headlines for partnering with some of the major names of Silicon Valley. This year alone, the stock surges have added $21.1 billion to Mr Adani's net worth -- even more than Mr Ambani's gain, according to the Bloomberg Billionaires Index.

Adani Group representatives declined to comment for this story.

"India's position is similar to America's Gilded Age, with Ambani and Adani like the modern day Rockefellers and Vanderbuilts," said James Crabtree, an associate professor at the National University of Singapore and author of The Billionaire Raj: A Journey Through India's New Gilded Age, which discusses the rise of the nation's tycoons. "The risk is India creates a class of entrenched business oligarchs."

After dropping out of college, Mr Adani tried his luck in Mumbai's diamond industry in the early 1980s. He soon moved back to his home state of Gujarat to help run his brother's plastics business before setting up in 1988 Adani Enterprises Ltd., the group's flagship commodities trader. A decade later, he started to operate the port of Mundra, located on the coast of the Arabian Sea, eventually building India's largest private-sector port operator.

The group has also become the nation's biggest non-state owned power producer and a leader in coal mining, and has expanded abroad. In Australia, the tycoon is still dealing with negative publicity for his Carmichael thermal-coal project, for which he won approval last year after a decade-long struggle with regulators and environmentalists.

Like other entrepreneurs, Mr Adani repeatedly picked hot new industries that the government was pushing to develop and where competition was relatively minimal. Even now, the 58-year-old tycoon often cites "nation building" as a key plank of his strategy, a cause that aligns with Prime Minister Narendra Modi's vision.

"The way they have grown from a trading firm in Ahmedabad to a conglomerate with so many verticals and good diversification -- the journey is amazing," said Umesh Mehta, head of research at Samco Securities in Mumbai. "They had a futuristic vision to build a business with growth potential and that would help India in some way, that had the blessing of the government."

Mr Adani rose through the ranks just as PM Modi, also a Gujarati, gained power. The businessman began commercial operations of the Mundra port and built its industrial zone when PM Modi was the state's executive head and has been one of the politician's key supporters for almost two decades.

The billionaire's rapid diversification started around 2015. When PM Modi pledged to develop the local manufacturing of defense equipment, he quickly built the capacity to supply the military by partnering with defense contractors. Three years later, a push into gas eventually turned his empire into India's largest retailer of the fuel in the private sector. In 2019, he started focusing on airports, and now he's trying to enter sectors including data storage and financial services.

"Modi's policies have helped business groups since his Gujarat days and that has contributed to the rapid growth of conglomerates such as the Adani Group," said Indira Hirway, director of the Centre for Development Alternatives in Ahmedabad. "Melding corporate strategies with government priorities -- that's the way of doing business in India."

While Mr Adani is doing well in his home country, he's faced opposition and criticism in Australia, where the Stop Adani movement gained traction as lenders turned away from the controversial Carmichael coal project. It even became an election issue in the 2019 parliamentary vote, and last month Adani Enterprises renamed its mining arm in the country in a move that some saw as a way to distance the conglomerate from the development.

The unit's chief executive officer said then that the quality of the mine's coal is better than what's currently in the market and that it will lead to fewer emissions when producing electricity. 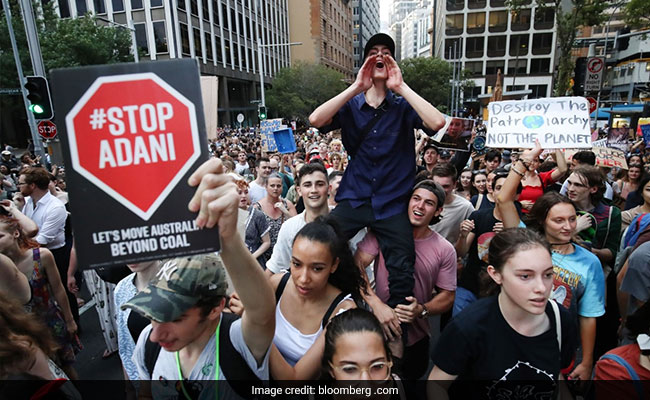 Demonstrators shout slogans and carry placards during the Fund The Firies And Demand Climate Justice Protest in Sydney, Australia earlier in January.

That hasn't stopped the conglomerate from growing, and the fast expansion has led to more than $17 billion in debt, according to a local report in May citing its group chief financial officer. It has been able to keep raising funds, in part by pivoting to green energy and increasingly borrowing from overseas banks.

For international investors and global energy majors trying to expand their renewable portfolio and get a piece of the lucrative Indian market, Mr Adani's empire is attractive. France's energy giant Total SA has already invested in Adani Green and distributor Adani Gas Ltd., while Italy's Snam SpA is working with the group on a strategic collaboration to explore opportunities in hydrogen and other cleaner fuels.

"As an entrepreneur, Adani has extraordinary conviction and ability to scale up after taking a calculated risk," said Deven Choksey, managing director at KRChoksey Investment Managers Pvt. "For international investors, they can't miss Adani, who is already sitting on cash-generating assets in a growing market like India."