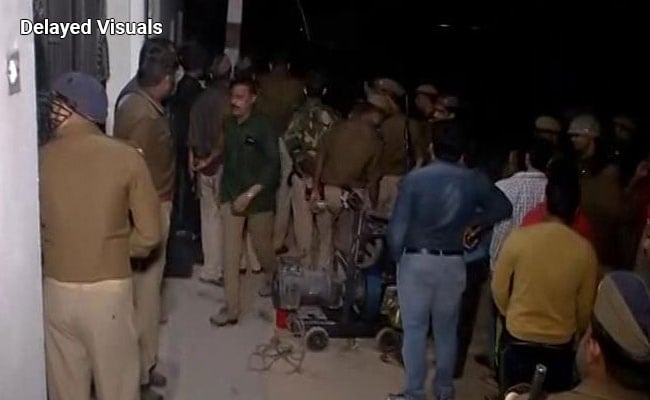 The Uttar Pradesh Anti-Terrorist Squad has launched an operation to flush out the suspected terrorists.

New Delhi: The Centre on Tuesday sounded an alert across the country in the wake of one suspected terrorist, having possible links to a train blast in Madhya Pradesh, hiding in the capital city of Uttar Pradesh.

"We are alert. We have sounded an alert all over the country," Union Minister of State for Home, Hansraj Ahir told reporters in the national capital.

He said the Uttar Pradesh Police was doing a commendable job to arrest the suspected terrorist holed up in a house in the Kakori area on the outskirts of Lucknow.

"Terrorists do not have any ideology and create disturbances whenever they get a chance. The police is on the job to nab such elements," he added.

The Uttar Pradesh Anti-Terrorist Squad has launched an operation to flush out the suspected terrorist holed up in a house on the outskirts of Lucknow following inputs that he might be linked to Bhopal-Ujjain train blast this morning.

The densely populated neighbourhood has been cordoned off and at least 20 commandos are involved in the operation, police said.

At least four persons were today injured, two of them seriously, in a blast in the Bhopal-Ujjain passenger train near Jabdi station in Shajapur district of Madhya Pradesh, a Railway official said.

The four injured people have been admitted to a nearby Civil hospital in the Kalapipal town of Shajapur district, tweeted the official handle of the Railway Ministry.