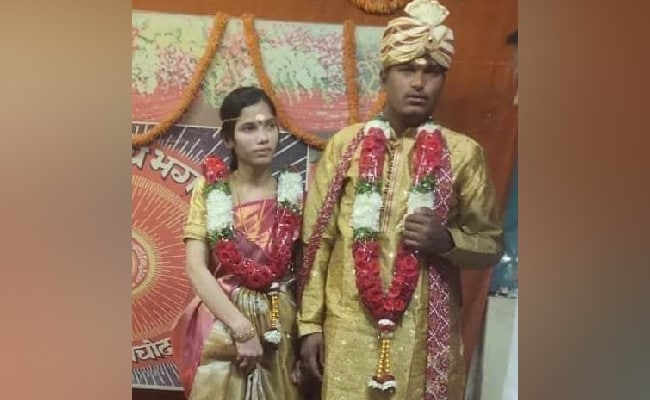 The two persons arrested for the murder of a Hindu man allegedly over his interfaith marriage have been sent to judicial remand even as Telangana Governor Tamilisai Soundararajan on Friday sought a "detailed report" from the state government on the sensational incident.

The two persons -- Syed Mobin Ahmed and Mohammed Masood Ahmed -- were sent to judicial remand for 14 days by a local court on Thursday, police said.

Only the arrested duo were found involved in the murder as per available evidence, they said.

Meanwhile, the wife of the deceased expressed anguish that no one came forward to save the life of her husband though a crowd gathered when the gruesome murder took place at Saroornagar on Wednesday night.

Those who gathered at the spot could have collectively tried to drive away the assailants, if not an individual, when the attack occurred, the woman told regional channels.

The funeral of Nagaraju was held at his native village in neighbouring Vikarabad district on Thursday and the woman was staying with her in-laws, police said.

Some community outfits also participated in the funeral expressing solidarity with the deceased, they said.

Meanwhile, Telangana Governor Tamilisai Soundararajan on Friday sought a "detailed report" from the state government on the murder of Nagaraju.

The National Commission for Scheduled Castes (NCSC) sought a report from the Hyderabad police on the action taken by it in the case.

B Nagaraju (25) was brutally killed in public view here allegedly by his Muslim wife's brother and another person in a case of suspected honour killing, with the incident sending shockwaves after the gory murder that was caught on camera went viral.

According to a Raj Bhavan press communique, "Governor Tamilisai Soundararajan having gone through various media reports on the gruesome murder of B Nagaraju on 04-05-2022 night at Saroornagar in GHMC area, alleged to have been killed due to his interfaith marriage sought a detailed report on the murder from the government".

The incident happened on Wednesday night at Saroornagar when the victim, a Dalit, was travelling on a motorbike with his wife and was confronted by his attackers -- Syed Mobin Ahmed and Mohammed Masood Ahmed -- who came on a scooter, stopped the couple on the road and attacked the man in full public view with an iron rod before stabbing him with a knife, killing him on the spot, police said.

Police had said Syed Mobin Ahmed was opposed to his sister's relationship with Nagaraju, and had even warned her against it.