Tejashwi Yadav had appealed against the single judge order of October 6 which asked him to swap his accommodation with his successor. 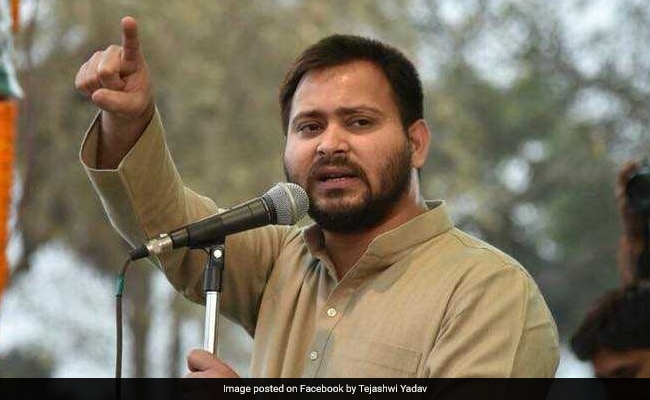 Tejashwi Yadav still lives in the bungalow at 5, Deshratan Marg

The Patna High Court dismissed RJD leader Tejashwi Yadav's petition challenging the Bihar government's order asking him to vacate the bungalow allotted to him while he was the deputy chief minister.

Mr Yadav had appealed against the single judge order of October 6 which asked him to swap his accommodation with his successor. A two-judge bench rejected his appeal today.

The sprawling bungalow at 5, Deshratan Marg was allotted to Mr Yadav in 2015 upon his appointment as the deputy chief minister of the then 'Grand Alliance' government headed by Nitish Kumar.

Tejashwi Yadav still lives in the bungalow even after the lapse of more than a year since the Rashtriya Janata Dal lost power in the state. The bungalow is at close proximity to the Raj Bhavan and the chief minister's official residence.

The Patna High Court in its order on Mr Yadav's petition had said "the petitioner has been allotted a bungalow matching his status as a minister in the government at 1, Polo Road, Patna...He cannot raise complaint on the decision so taken simply because the present bungalow is more suited to him."

The Nitish Kumar government has asked Mr Yadav to swap residences with Deputy Chief Minister Sushil Kumar Modi, who lives in 1, Polo Road, situated about a kilometre away.

In September, Mr Yadav had first written to the chief minister, asking that he be allowed to retain it.

Two months later, he accused the chief minister of spying on him when Nitish Kumar's house was fitted with a CCTV camera pointed at his home.

Last month, when a team of district administration reached the house to demand that he vacate it, Lalu Yadav had got in touch with Nitish Kumar through Janata Dal United leader Prashant Kishor and asked that the officials be recalled.

"To Save Lives," Says Gujarat BJP MLA On Charges Of Hoarding Remdesivir