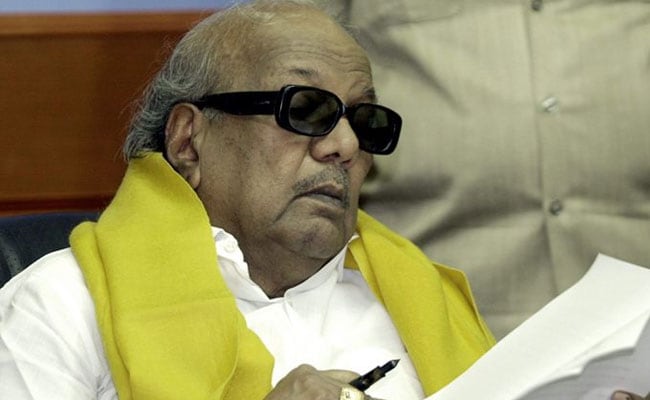 The ruling DMK in Tamil Nadu has planned to celebrate the 98th birth anniversary of former Chief Minister and Dravidian stalwart M Karunanidhi in a grand manner in the state on Friday.

His son and Chief Minister M K Stalin will lead the celebrations in the state by paying floral tributes to the 16-feet bronze statue of the late leader installed on the campus of the multi-superspecialty government hospital at Omandurar Government Estate here on Friday morning.

The life-size statue was unveiled by Vice President M Venkaiah Naidu on May 28.

Ahead of the anniversary celebrations, Mr Stalin had informed the Tamil Nadu Assembly on April 26 that the birth anniversary of Karunanidhi falling on June 3 will be observed as a government function in the state and that his statue would be unveiled at Omandurar Government Estate.

The DMK has announced to conduct "Dravidian model" workshops throughout the state tomorrow to infuse the Dravidian values in the youngsters and also highlight the achievements of Stalin during the one year of his rule. The workshops were also to identify and counter what it calls the anti-national forces trying to disrupt peace and harmony in the state.