According to a Union health ministry data, Delhi, which till January 28 was third in the number of swine flu cases after Rajasthan and Gujarat, is now in the second position registering 1,011 cases, with 479 new cases recorded in the last one week, 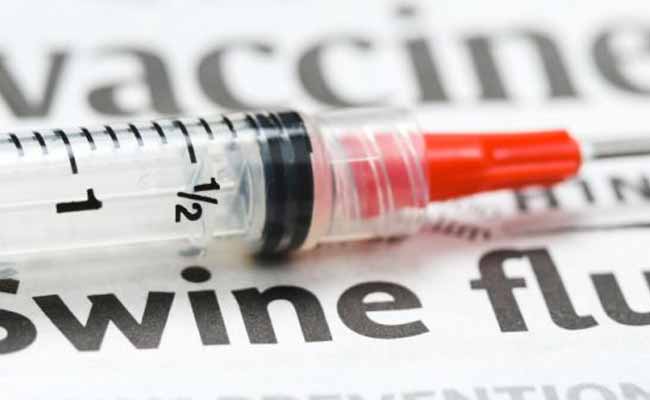 Total of 6,601 people have tested positive for the disease in the country till Monday. (Representational)

The death toll in the country this year due to swine flu has soared to 226 with the H1N1 virus claiming 31 more lives in a week till Monday, while the number of those affected crossed the 6,000 mark with Rajasthan topping the list with 34 per cent of the total number of cases.

According to a Union health ministry data, Delhi, which till January 28 was third in the number of swine flu cases after Rajasthan and Gujarat, is now in the second position registering 1,011 cases, with 479 new cases recorded in the last one week,

Even though at least 14 deaths have taken place in the national capital -- three in Safdarjung Hospital, 10 in Ram Manohar Lohia Hospital and one in AIIMS -- due to the viral disease, these do not reflect in the data of the Union health ministry for the city.

A total of 6,601 people have tested positive for the disease in the country till Monday with 2,030 getting infected in the last seven days, the ministry data revealed.

Rajasthan has recorded 85 deaths and 2,263 cases till Monday. Gujarat was third with 43 deaths and 898 people being infected with H1N1 virus, followed by Haryana which recorded two deaths and 490 cases.

According to the data, Punjab reported 30 deaths and 250 cases of swine flu while Maharashtra recorded 138 cases and 12 deaths till Monday.

With the numbers going up, the health ministry has asked the states to bolster their surveillance for early detection of the disease and also keep beds reserved in hospitals to deal with acute cases which require ventilator facility.

The official said states have not yet made any demand regarding drugs, diagnostic kits and wherewithal to deal with the issue.

Recent health ministry guidelines on diagnosis, management, vaccination, isolation criteria, risk categorisation and preventive measures have been circulated among all hospitals and other health facilities.

"There is sufficient stock of swine flu drug -- Oseltamivir -- and there is no scarcity of N95 masks and diagnostic kits. Further, states have been asked to issue advisories to people mentioning the dos and don''ts," a senior health ministry official said.

Meanwhile, a panel of the Delhi's health department is examining the swine flu death cases reported by various hospitals. The Delhi government has also issued a health advisory which mentioning the do''s and don''ts.

It states that seasonal influenza (H1N1) is a self-limiting viral, air borne disease spread from person to person, through large droplets generated due to coughing and sneezing, indirect contact by touching a contaminated object or surface and close contact, including handshaking, hugging and kissing.

The do's and don'ts mention covering nose and mouth with disposable tissue or handkerchief while coughing or sneezing, washing hands with soap and water frequently, avoiding crowded places, maintaining isolation, drinking plenty of liquid and consulting a doctor.

According to the advisory, one should not touch the eyes, nose or mouth with unwashed hands, or hug, kiss or shake hands while greeting, or spit in public places, and dispose of used napkin or tissue paper in open areas.