The Triple Talaq Bill is set to be introduced in the Lok Sabha by the government on Friday. 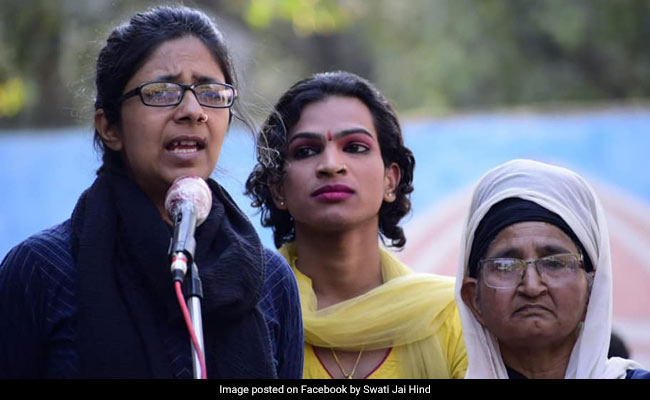 Delhi Commission for Women chairperson Swati Maliwal on Friday said that she hoped that the fresh bill to make instant Muslim divorce or "triple talaq" illegal, which got stalled in the upper house of parliament and lapsed, is passed by the parliament this time. The Muslim Women (Protection of Rights on Marriage) Bill 2019, expected to be introduced in the Lok Sabha on Friday, will replace an ordinance issued in February by the previous BJP-led National Democratic Alliance government.

With the dissolution of the 16th Lok Sabha last month, the previous bill had lapsed as it was pending in the Rajya Sabha.

Swati Maliwal, who was picked by Aam Aadmi Party (AAP) convener and Delhi Chief Minister Arvind Kejriwal in 2015 to head the Delhi Commission for Women, tweeted:

Hope the Triple Talaq Bill gets passed in the Parliament today. Hope that our Parliament soon bans Nikah Halala as well! It's inhuman and barbaric.

The bill, which provides for a three-year jail term for any Muslim man who divorces his wife instantly by uttering "Talaq" thrice - was passed by the Lok Sabha in December.

But it failed to clear the Rajya Sabha test as the opposition parties who were in majority in the upper house, wanted it to be sent to a select committee of parliament for further vetting. The government rejected the demand.

Most opposition parties, including the Congress, were opposed to stringent provisions like jail term for the husband. They contended that a penal provision cannot be introduced in a domestic issue that's essentially civil in nature and that the bill, in its current form, would end up victimising the Muslims.

The government argued that the bill would stop victimization of the women, and give them equal rights. The proposed law is based on gender equality and is part of the government's philosophy of "Sabka Saath, Sabka Vikas, Sabka Vishwas," union minister Prakash Javadekar said last week.

In absence of legislation, the government had passed an executive order to make instant Triple Talaq illegal, which was renewed twice. The new bill is a copy of the ordinance in force.

To address fears of misuse of the proposed law, the government had also introduced certain safeguards, such as adding a provision for bail for the accused during trial.