Over 1.36 Crore Toilets Constructed In 17 Months In UP: Yogi Adityanath

The chief minister says UP will become open defecation free by October 2, 2019 and that number of deaths due to vector borne diseases has decreased. 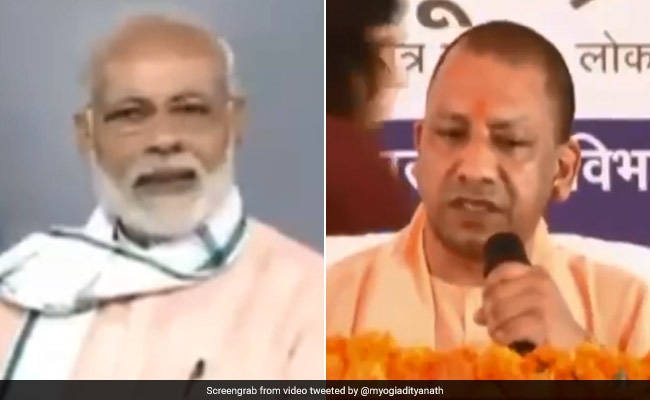 The chief minister said, earlier coverage of the cleanliness in Uttar Pradesh was only 23 per cent.

Uttar Pradesh Chief Minister Yogi Adityanath today said that the state would become open defecation free by October 2, 2019, as his government has constructed over 1.36 crore toilets in the last 17 months across the state.

"Four years ago in 99,000 villages of the state, cleanliness was a distant dream. And since October 2, 2014, to March 2017, only about 25 lakh toilets were built in the state," Mr Adityanath said while interacting with Prime Minister Narendra Modi during the launch of the 'Swachhata Hi Seva Movement' (cleanliness is true service) as a tribute to Mahatma Gandhi through the NaMo app.

The chief minister said that the coverage of the cleanliness in Uttar Pradesh was only 23 per cent.

"And we came to power in the state in March 2017, we took the cleanliness campaign as a mission and within 17 months we have been able to construct 1.36 crore toilets in the state," he said.

The BJP leader said that after the base line survey for small families, by October 2, 2019, no families will be left without toilets in the state. He also said that due to the stress on cleanliness drive, the number of the deaths due to the vector borne diseases like encephalitis have also decreased.

"The effect of cleanliness is visible in the state and it has also affected the health of the people. In eastern Uttar Pradesh, vector borne diseases like encephalitis and diarrhoea were the reasons for many deaths. But after the cleanliness drive the number of deaths has fallen.

"This year only six people died due to encephalitis which earlier used to be over 100," the Chief Minister added.

PM Modi congratulated Mr Adityanath, his team and the people of Uttar Pradesh for taking cleanliness on a mission mode.