Mr Adhikari was accompanied by the party's MPs from West Bengal Nisith Pramanik and Saumitra Khan. 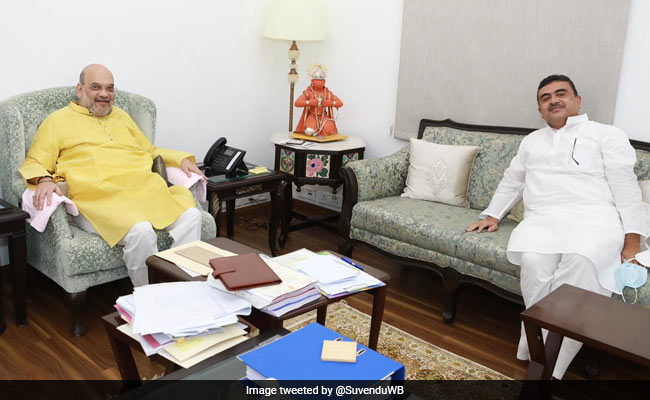 Suvendu Adhikari had met Amit Shah on Tuesday as well

This time, Mr Adhikari was accompanied by the party's MPs from West Bengal Nisith Pramanik and Saumitra Khan.

On Tuesday, the Nandigram MLA had met Amit Shah and several other union ministers and the BJP leaders in the national capital.

According to sources, Mr Adhikari apprised the Prime Minister about the alleged violence against BJP workers in West Bengal after the Assembly elections and other political dynamics in the state.

He also told Prime Minister Modi about how BJP workers are living in fear, while several party workers have left Bengal and are now residing in Assam due to fear, sources have said.