Sushant Singh Rajput news: A sculptor from Asansol in West Bengal has made a wax statue of the actor who was found dead on June 14. 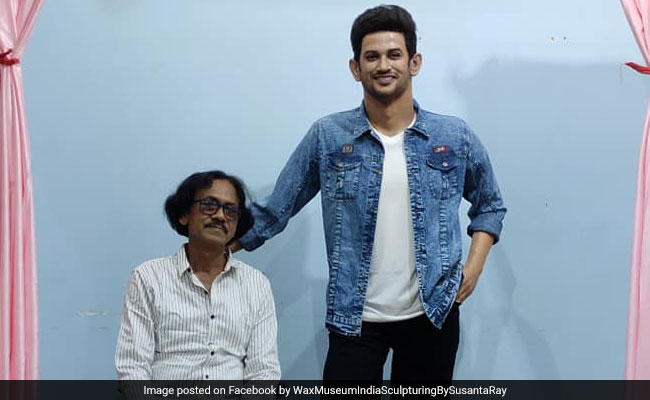 Sushant Singh Rajput Image: A wax statue of the actor made by sculptor Susanta Ray

A sculptor from West Bengal has made a Tussauds-like wax statue of actor Sushant Singh Rajput, whose death in June left thousands of his fans in shock and triggered multiple investigations. Susanta Ray of Asansol has created statues of many famous personalities including Amitabh Bachchan and Virat Kohli. He has also immortalised politicians like Jyoti Basu and others.

"I liked him (Sushant Singh Rajput) a lot. It is unfortunate that he died. In his memory, I have made this statue for my museum," Susanta Ray told news agency ANI. "If Sushant's family requests his statue, I will make a new one," the sculptor added.

Susanta Ray has a museum in Asansol, Madame Tussauds-Style, where one can stand next to legends like Uttam Kumar, Kazi Nazrul Islam, Pele and Mother Teresa among others and take picture. 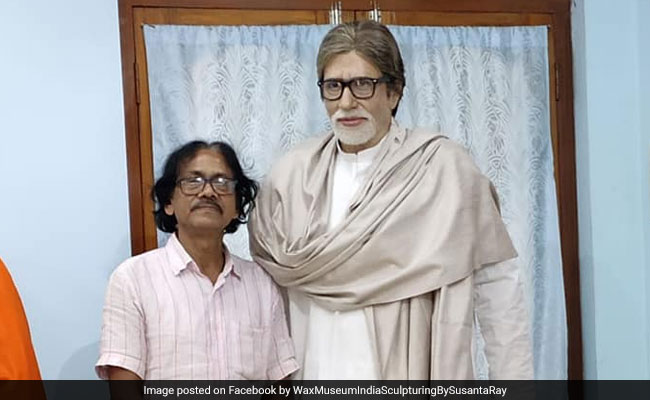 Sushant Singh Rajput's wax statue was unveiled on Thursday and a video has been posted by the sculptor on his Facebook page. It has become popular overnight and people have been flocking to the museum for a glimpse.

Bollywood star Sushant Singh Rajput was found dead at his home in Mumbai on June 14. The CBI is investigating his death.

The sculptor has been making statues for over a decade now. His wax statues have found place in several cities of India. In an interview to Kolkata-based Telegraph, Susanta Ray had once said that he had been inspired by a song of Nazrul Islam - Momer Putul or the 'wax doll'.

Quantum Jump In Compensation For Soldiers With Disabilities In Haryana