Shweta Singh Kirti was at the forefront of #JusticeForSSR campaign since the death of Sushant Rajput on June 14. 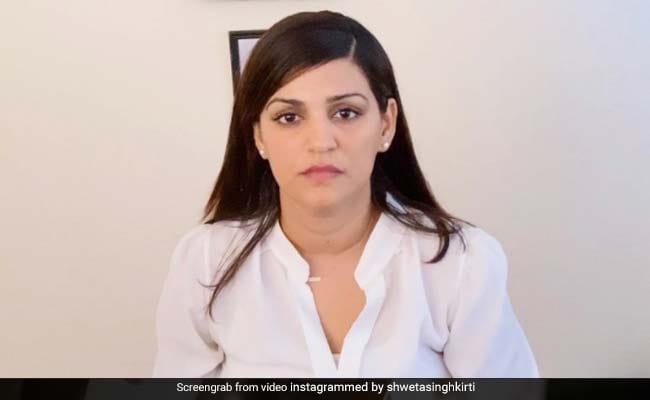 Shweta Singh Kirti was at the forefront of #JusticeForSSR campaign since the death of Sushant Rajput on June 14.

It is, however, uncertain whether Shweta Singh Kirti herself deactivated her accounts as she did not announce quitting social media before her profiles disappeared.

The deactivation has left many Sushant Rajput fans puzzled, who took to Twitter sharing screenshots of the same, reported news agency Press Trust of India.

Sushant Rajput's death ignited discussions on the alleged nepotistic nature of the industry and its gate-keeping attitude, but took an entirely different angle after the actor's family filed an FIR against his girlfriend, actor Rhea Chakraborty.

The family of the late actor, known for films like "Kai Po Che!", "MS Dhoni: The Untold Story", and "Chhichhore", accused Rhea Chakraborty of "abetting Sushant Rajput's death", laundering his money and isolating him from his family.

The case, which was initially investigated by the Mumbai Police, was later handed over to the Central Bureau of Investigation (CBI) while the Enforcement Directorate and the Narcotics Control Bureau (NCB) also got involved.

Rhea Chakraborty, who was arrested by the NCB in connection with the drug trail in Sushant Rajput's death, was released on October 7 after 28 days in jail. Her brother Showik Chakraborty is still in the prison.