Over the years, the Centre has consistently opposed any move to scrap Section 377, in view of the sensitivity of the issue. 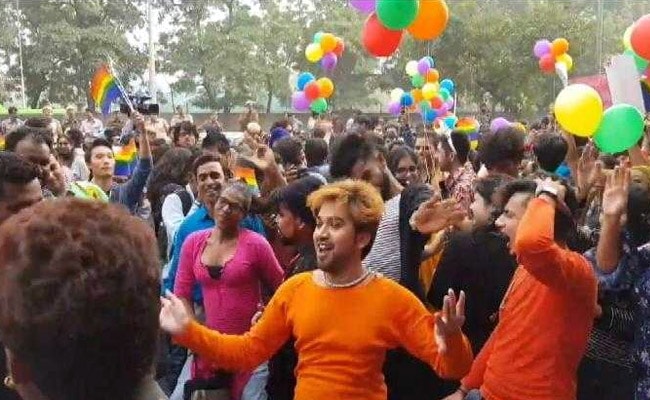 Section 377: Homosexuality is no longer a crime in India, Supreme Court in today's verdict

The historic Supreme Court judgment sweeping out the British-era ban on gay rights, cheered by millions across the country, has been greeted with silence by most mainstream political parties. The ruling BJP remained silent as its ideological mentor, the Rashtriya Swayamsevak Sangh, expressed its disapproval. The other NDA parties and all of opposition, barring the Congress, also are yet to react.

The RSS, which has traditionally frowned upon homosexuality, today said it agreed with the top court that it was not a crime, but did not support "this kind of relationship".

We join the people of India & the LGBTQIA+ community in their victory over prejudice. We welcome the progressive & decisive verdict from the Supreme Court & hope this is the beginning of a more equal & inclusive society. #Section377pic.twitter.com/Fh65vOn7h9

Later in the evening, AAP said it was "happy with the verdict".

Top BJP sources told NDTV that the party was never rigid about the decriminalisation 377 and it was the Congress which had opposed it in the High Court earlier. The reference was to a Delhi High Court judgment that said saying criminalizing gay sex between consenting adults was "unconstitutional". In 2013, the top court had overturned the order following a petition by the UPA government.

Over the years, the Centre has consistently opposed any move to scrap Section 377, in view of the sensitivity of the issue. The BJP-led government had maintained strict neutrality, leaving it to the court to take a call on the matter.

One of the judges who gave out separate orders with one unanimous conclusion, however, expressed disappointment with the stance of the government.

In his order, Justice DY Chandrachud said, "We would have appreciated a categorical statement of position by the government, setting out its views on the validity of Section 377".

In 2015, Union minister Arun Jaitely was the first BJP leader to openly support of the Delhi High Court judgment decriminalising homosexuality. He wanted the Supreme Court to review the ruling on Section 377. Mr Jaitely's views were the first big shift in his party's position.

But a section in the BJP has conventional views on the subject and does not want to go public with a reaction.

Today's judgment from a five-judge bench said discrimination on basis of sexuality amounts to a violation of fundamental rights. "Respect for individual choice is the essence of liberty," the top court said, and advised the government to sensitise the police about the rights of the gay community.