Last month, the Madhya Pradesh hearing the case had said he was being harassed by a senior cop and alleged that "anything untoward" can happen to him. 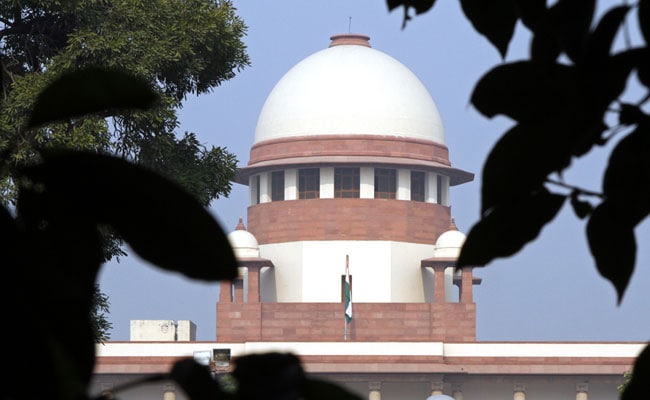 The Supreme Court pulled Madhya Pradesh Police for its actions in the murder case.

The Madhya Pradesh Police has been pulled up by the Supreme Court, for failing to arrest a Bahujan Samaj Party (BSP) MLA's husband accused in the two-year-old murder case of Congress leader Devendra Chourasia, and directed the state's top cop to arrest him immediately.

In an order on Friday, the top court also took "serious note" of the alleged harassment of a judge by the Damoh Superintendent of Police and asked the Director-General of Police (DGP) to enquire into the allegations levelled by the Additional Sessions Judge (ASJ)

Listing the case for hearing again on March 26, the court directed that adequate security be provided to the judge who is conducting a trial in the cases involving Govind Singh, the husband of BSP MLA Rambai Singh and has named him as an accused in the murder case.

Last month, NDTV had reported how the judge RP Sonkar had noted that he is being pressured by the Damoh SP and his subordinates. Superintendent of Police Hemant Chauhan, asked about the allegations, refused to comment.

Supreme Court Justices DY Chandrachud and M R Shah noted that despite a non-bailable arrest warrant against Govind Singh, he has evaded arrest. "The rule of law must be preserved," the bench added.

"We accordingly order and direct the Director General of Police of the State of Madhya Pradesh to immediately ensure the arrest of the second respondent (Govind Singh) and report compliance by filing a personal affidavit in this Court," the order said.

It said the judicial officer has claimed that the accused, who are "highly influential political persons", have raised false allegations against him, and he applied for transfer of the pending case which was dismissed by the District Judge.

The bench was hearing pleas by Somesh, son of Devendra Chaurasia, and the state government seeking the cancellation of bail granted to Govind Singh in another case.

The Supreme Court said that the Additional Sessions Judge has expressed fears that he may be subjected to an "unpleasant incident" in the future for his role in the case.

"We take serious note of the manner in which the Additional Sessions Judge, Hata, who is in charge of the criminal case, has been harassed by the law enforcement machinery in Damoh. We have no reason to disbelieve a judicial officer who has made an impassioned plea that he was being pressurized as a result of his orders," the bench said in its order on Friday.

The bench said the police chief shall also enquire into the allegations against the Damoh Superintendent of Police and notice shall be issued to the officer.