On October 25, Rajinikanth received the Dadasaheb Phalke Award at the National Film Awards ceremony in Delhi. 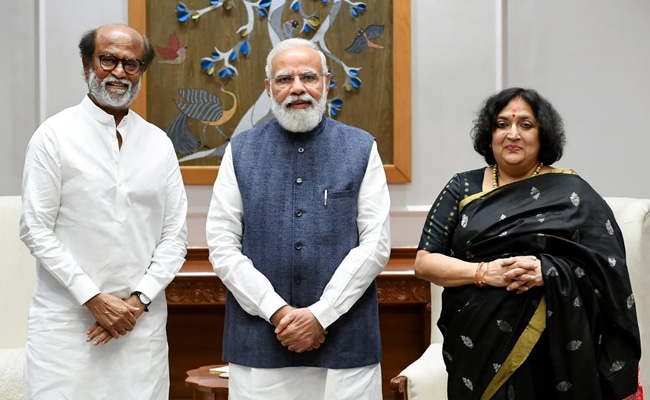 The actor, sharing pictures of his meetings with President Kovind and Prime Minister Modi on his twitter handle said he was extremely happy to have received their wishes. The actor's wife, Latha Rajinikanth accompanied him.

On October 25, Rajinikanth received the Dadasaheb Phalke Award at the National Film Awards ceremony in Delhi and dedicated it to his mentor, late filmmaker K Balachander, technicians, fans and also to "friend, driver and transport colleague" Raj Bahadur who encouraged him to join cinema.