Smriti Irani had contested the 2014 general election from the high-profile Amethi constituency, but had lost to Congress president Rahul Gandhi. 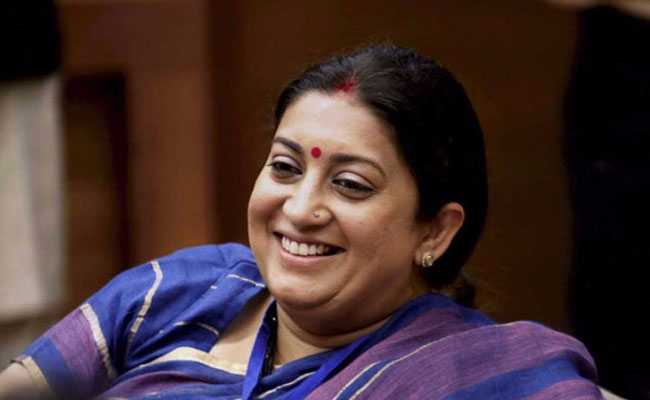 The railways has agreed to add a stop for a superfast train in UP's Amethi district, following a request by Union Minister Smriti Irani.

Ms Irani had contested the 2014 general election from the high-profile Amethi constituency, but had lost to Congress president Rahul Gandhi.

In a letter to Ms Irani, Railways Minister Piyush Goyal said the Pratapgarh-Bhopal Express would stop at Jais station -- 31 km from Amethi town.

"I am happy to inform you that in deference to your request, it has been decided to provide stoppage of train no. 12183/12184 Pratapgarh-Bhopal Express at Jais station. Hope this will go a long way in providing better connectivity to the travelling passengers," Ms Goyal wrote in the letter, which was tweeted by Ms Irani.

"My heartfelt thanks to Piyush Goyalji for granting approval for the stoppage of Pratapgarh-Bhopal Express at Amethi's Jais station. I congratulate Amethivasis for this new year gift," she tweeted.