Hundreds Of Students Clash with Security Forces During Kashmir Protests 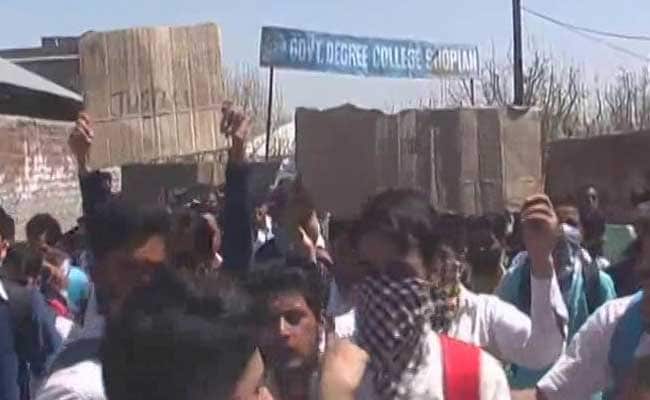 Around 70 students were injured in the protests in Kashmir today. (AFP)

Srinagar: Hundreds of students, many of them in school uniforms, clashed with the security forces in Kashmir today during protests against police action in a college on Saturday. The violence erupted in Srinagar after a day-long protest, and spread within hours to other parts of the Kashmir Valley including Tral and Sopore.

As young men and women students wearing white headscarves joined the protesters, chanting slogans and throwing stones, the police used batons and tear gas to disperse them. Around 70 students were reportedly injured in the clashes. 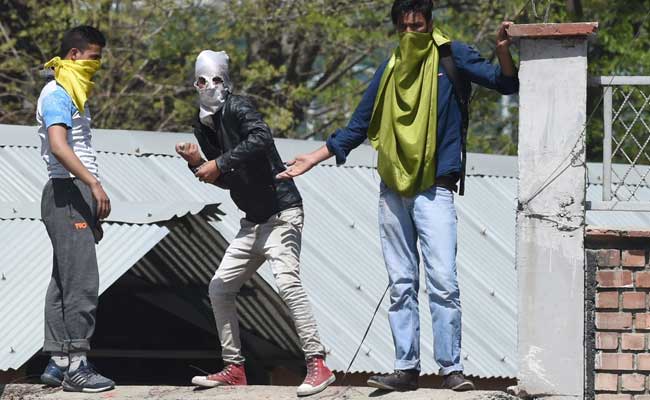 Around 70 students were injured in the protests in the Kashmir Valley.

On Saturday, 50 students -- many of them women --  were injured as the police entered a college in Pulwama to hunt for men they said were involved in violence during the April 9 by-election in Srinagar.
The Kashmir University Students' Union, a banned organisation, called for protests in all colleges and universities. The forces are not supposed to enter college or university premises without special permission, say students.

By mid-morning today, violence was reported from at least four institutions in the Valley - including the Kashmir University and the Women's College in Srinagar and colleges in Tral and Sopore.

As the ruling People's Democratic Party called for action against the policemen involved, former Chief Minister and National Conference leader Omar Abdullah posted a series of comments targeting the government: :

I hope @MehboobaMufti has thought through the implications of mass student protests across the valley. This is a deeply worrying situation. https://t.co/P5hgLqxqDI

Why could all colleges/universities not have been closed for a few days after the Pulwama clashes? Is @MehboobaMufti not alert to situation? https://t.co/K0rkqS26dY

Colleges and universities across Kashmir will remain closed on Tuesday, authorities said.

Promoted
Listen to the latest songs, only on JioSaavn.com
Tension has been simmering in the Kashmir Valley since the Srinagar parliamentary by-poll - eight people were killed in firing by security forces and around 200 incidents of violence were reported that day following a boycott call by separatists. Around 100 securitymen were also injured in the violence. 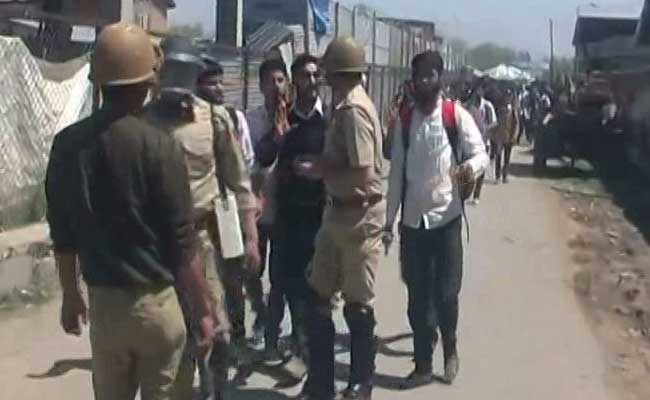 The student protests had started in Srinagar and then spread across the Valley.

On Saturday, videos were circulated that allegedly showed a vendor shot dead by securitymen. Another video showed a young man tied to an army jeep as a human shield against stone-throwing protesters.

The protests by students come as the state police confront one of their biggest challenges - attacks by terrorists on the houses of policemen in south Kashmir. The state police chief has issued an advisory asking his men to avoid visiting their homes after the attacks. The opposition has called it a total collapse of law and order.