Stubble Burning Caused 44% Of Delhi Pollution This Year: Pollution Board

According to SAFAR, smoke from stubble burning in Punjab and Haryana accounted for 44 per cent of pollution in Delhi on November 1, the highest this year. 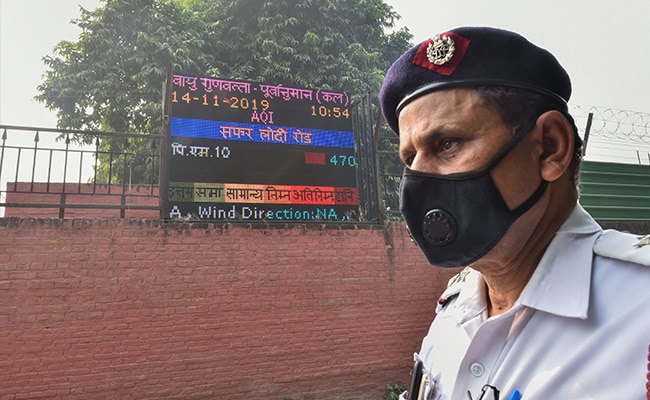 The CPCB secretary stressed on need to invest in public transportation to curb pollution.

According to the Ministry of Earth Sciences' air quality monitor SAFAR, smoke from stubble burning in Punjab and Haryana accounted for 44 per cent of pollution in Delhi on November 1, the highest this year.

"Crop residue burning has contributed a lot. This year, its contribution was almost 44-45 percent... bringing all the smoke to Delhi. And, we have low surface winds... nothing goes out," Mr Gargava said at an event in Delhi.

He suggested undertaking a special drive in the city to remove construction and demolition waste and garbage every year before October.

"Garbage dumping and burning creates problem. We will have to work together and clean up garbage so that it does not create a problem. There has to be special clean-up drive in the month of July, August, or September that takes away all construction and demolition waste and garbage collected in the city," he said.

The CPCB member secretary also stressed the need to quickly and heavily invest in public transportation to reduce vehicular emissions.

"As policymakers, we have to quickly and heavily invest in public transportation. I head a task force to deal with similar situations ... the biggest difficulty is how do I do with the transportation?," he said.

"The moment you start thinking about banning cars, diesel cars, then how do we get people to the route? ...unless and until we have quick, a very robust, efficient, affordable convenient transportation system. Involve private people in this," he added.

Delhi has around 5,500 buses and 370 kilometers of metro network. Around 42 lakh people travel through buses, while 50.13 lakh opt for metro trains every day.

"It is almost 25-30 percent of particles... Means we have to deal with gaseous emissions as well. All power plants in the country will have flue-gas desulfurisation technology to reduce air pollution," he said.