The steel ministry has proposed the higher duties as part of its recommendations to the finance ministry for the upcoming 2019/20 budget that is due out on July 5. 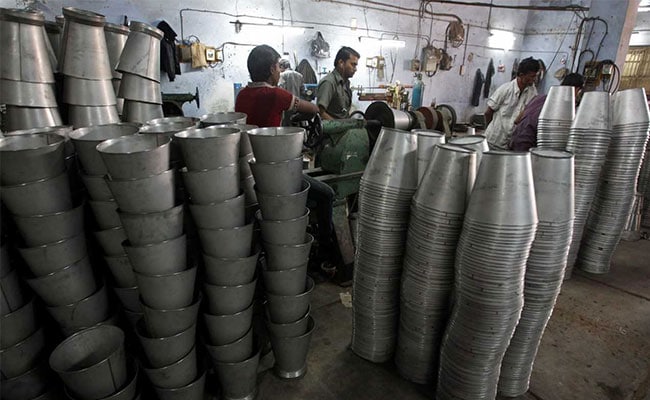 The steel ministry has cited a threat from Chinese imports and excess global capacity. (Representational)

India's steel ministry has sought an immediate increase in import duties on finished steel products to 15% from a range of 7.5% to 12.5%, citing a threat from Chinese imports and excess global capacity, an internal note reviewed by news agency Reuters showed.

The steel ministry has proposed the higher duties as part of its recommendations to the finance ministry for the upcoming 2019/20 budget that is due out on July 5.

"The US-China trade war is threatening Indian markets as China looks for alternative markets" for its steel exports, the steel ministry said.

"Peak rates (for all steel products) may be raised to 25% to meet any contingency arising from potential adverse global market turmoil," it said.

Existing anti-dumping and countervailing duties have been rendered ineffective by the volatility in steel prices, the ministry said.

The steel ministry said government revenues could increase by 13.66 billion rupees if the import duties were implemented, although it is the finance ministry that makes the final decision.

The steel and finance ministries did not immediately reply to Reuters emails seeking comment.

India turned from net exporter to net importer of steel during the 2018/19 fiscal year as local demand increased and imports jumped from Japan, Korea and China.

Japan, South Korea and member countries of the Association of Southeast Asian Nations, which all have free trade agreements on steel with India, accounted for 58% of its imports of the alloy, while 18% of its incoming steel came from China.

India's top four steelmakers - JSW Steel Ltd, Tata Steel Ltd, state-owned Steel Authority of India Ltd and Jindal Steel and Power Ltd - together control over 45% of the country's total steel production. The producers have been complaining about steel being dumped into the country for the last several months.