Ministers while taking oath included names of their leaders and other figures which is not as per protocol, Chandrakant Patil told reporters at Vidhan Bhawan. 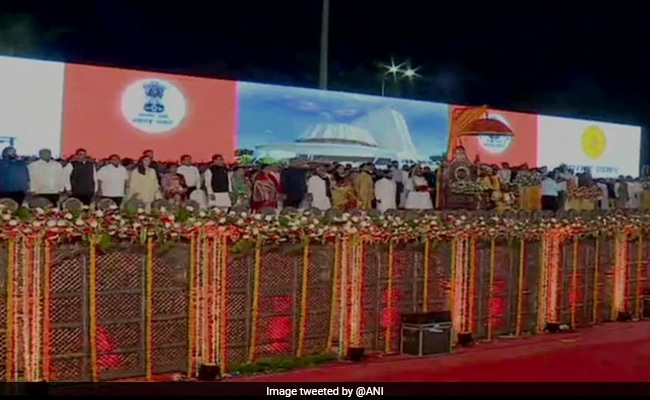 Maharashtra BJP chief Chandrakant Patil on Saturday said the swearing-in of the Uddhav Thackeray ministry is illegal as it went beyond prescribed format.

Ministers while taking oath included names of their leaders and other figures which is not as per protocol, Mr Patil told reporters at Vidhan Bhawan.

NCP spokesperson Nawab Malik rubbished Mr Patil's claims saying many BJP MPs had done the same thing. "If Patil's yardstick is used, half the Lok Sabha will be empty," he added.

"People had voted for BJP-Shiv Sena alliance which got 161 MLAs, but Shiv Sena betrayed the mandate. Since the first press conference they had started talking about alternatives," Chandrakant Patil said.

Meanwhile, for the floor test of the new government in the Assembly, ruling Shiv Sena, NCP, Congress issue whip to MLAs to remain present in the House.

The Shiv Sena, NCP and Congress formed the government after the Uddhav Thackeray-led party fell out with pre-poll ally BJP over sharing the chief ministerial post.

The BJP emerged as the single largest party winning 105 seats. The Shiv Sena, NCP and Congress won 56, 54 and 44 seats respectively in the October 21 polls.